Please ensure Javascript is enabled for purposes of website accessibility
Log In Help Join The Motley Fool
Free Article Join Over 1 Million Premium Members And Get More In-Depth Stock Guidance and Research
By Will Ebiefung – Jul 23, 2021 at 8:15AM

These top companies have competitive edges in the electric-vehicle and video-streaming industries.

You don't need a fortune to invest in the stock market. Just $500 could set the foundation for massive returns if put behind a company built for long-term success. Ford Motor (F 0.36%) and Curiosity Stream (CURI -2.92%) have compelling strategies to create shareholder value for years (and decades) into the future.

If that's something you are interested in, keep reading about these two dirt-cheap stocks worth considering right now. 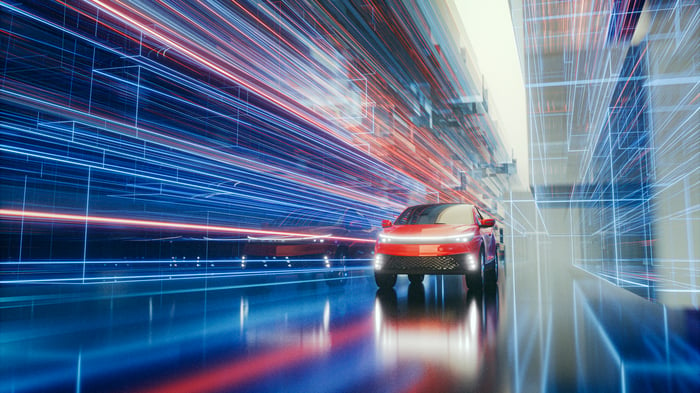 With share prices up 40% year to date, investors are paying attention to Ford's electric transformation. Management expects electric vehicles (EVs) to represent 40% of its car sales by 2030, which means the automaker could become a viable competitor to the current EV market leader, Tesla.

Ford's stock looks poised for continued strength because of its dirt-cheap valuation and competitive advantage in several popular automotive segments.

According to CEO Jim Farley, Ford's EV strategy will focus on markets where it is already a dominant player, such as pickup trucks, sports cars, and transit vans. The company plans to spend over $30 billion to make this vision a reality. And it has already developed an electric version of its Mustang called the Mach E, along with an all-electric F-150 pickup truck and transit van expected to launch in the 2022 season.

Ford's strong brands (for example, the F-150 is the best-selling pickup in the U.S.) could give it a competitive moat. The company is also entering brand-new EV markets through its mobility subsidiary, Spin, which launched its first custom-designed electric scooter, the S-100T, in June.

With a forward price-to-earnings (P/E) multiple of just 13, Ford stock is dirt cheap compared to Tesla, which trades for 164 times earnings. The discount is reasonable considering Ford's modest growth rate (first-quarter revenue grew 6% to $36.2 billion). But the two companies could become more similar over time as Ford's EV strategy takes shape, potentially accelerating growth. This trend could lead to an upward reevaluation of what Ford stock is worth.

With a market cap of just $598 million, Curiosity Stream is tiny compared to streaming service rivals like Disney or Netflix, which are worth $326 billion and $235 billion, respectively. But the stock is an opportunity to get in on the ground floor of a massive growth story Wall Street may be overlooking. Curiosity Stream sets itself apart with a unique focus on documentaries and other factual content, which help management build a competitive moat and unlock synergies with acquired assets.

Analysts at research group Technavio expect the global online streaming market to expand at a compound annual growth rate (CAGR) of 18% (roughly $150 billion) by 2024 because of rising smartphone penetration, internet access, and surging streaming use in the educational sector.

Teachers and companies are increasingly leveraging technology to train their students and employees, respectively, and Curiosity Stream expects its partnerships with these organizations to represent 10% to 20% of its revenue by 2025. The recent acquisition of One Day University could help Curiosity Stream further serve this potentially lucrative market. One Day University features over 500 lectures from professors around the U.S. and synergizes well with the company's focus on factual content.

Curiosity Stream's Q1 revenue surged 33% to $9.9 million, and subscribers grew 28% to 16 million by the end of the period. Management is optimistic about the full-year 2021, guiding for revenue growth of 80% to $71 million. Curiosity Stream trades at roughly 8.4 times projected revenue, which looks cheap considering the company's breakneck growth rate.

Ford Motor and Curiosity Stream boast good valuations and are at the beginning stages of scaling up their respective electric-vehicle and educational-streaming businesses. Both stocks give investors a great opportunity to get in on the ground floor of what could become a multi-bagger investment with massive, long-term potential.

Why Ford Stock Is Falling Today
356%