The maker of tools for precise measuring and flow is exploring its options.

Shares of SPX Flow (FLOW) climbed as much as 13% on Monday after the company said it was exploring a possible sale. We already know at least one potential buyer has expressed interest in SPX, and the company has now hired bankers to see what other offers might be out there.

SPX Flow is a maker of tools that allow for precise measuring and flow, with more than 20 brands making products for industrial and health uses.

On Monday, the company said it has retained Morgan Stanley to review strategic alternatives. It said it has received an unsolicited proposal to be acquired by Ingersoll Rand (IR -0.75%) for $85 per share, but said that offer was rejected. 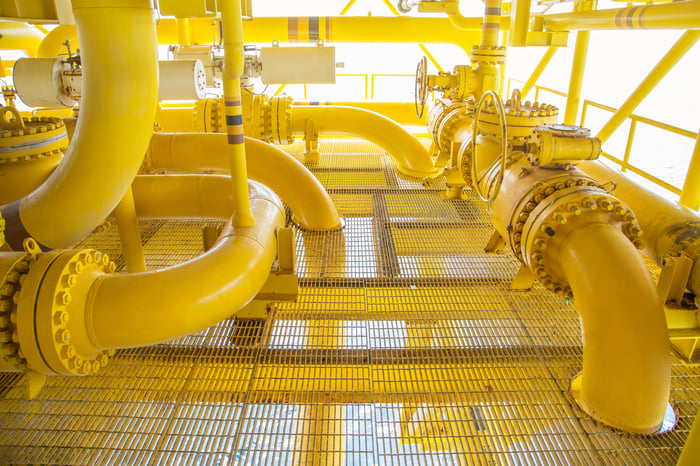 SPX said that it has also received additional inquiries from interested parties, prompting the board to initiate a review. In layman's terms, this means that although SPX hasn't found an offer the board deems acceptable yet, it is encouraging bidders to pitch their best offer. As a result, the shares jumped to just above $83 on Monday, indicative of investor hope that either Ingersoll Rand or another bidder will be able to get a deal done.

It is important to note that as of this moment, SPX does not have an acceptable offer, and there is no guarantee that the review will result in a transaction. The company said it doesn't intend to offer a blow-by-blow update on the proceedings, meaning investors will likely be mostly left in the dark from here as the process plays itself out.

SPX's tools and the precise measurement they allow are an important part of a lot of industrial processes, and there is good reason for Rand or another bidder to be drawn to the company as a takeover target. But the board needs to decide whether or not any potential buyer is willing to pay enough for investors to forgo the organic growth the business can generate in the years to come.

For now, this is one for investors to watch closely.