Please ensure Javascript is enabled for purposes of website accessibility
Log In Help Join The Motley Fool
Free Article Join Over 1 Million Premium Members And Get More In-Depth Stock Guidance and Research
By Parkev Tatevosian, CFA – Aug 3, 2021 at 7:45AM

The big-box retailer's value to customers has never been greater.

Since the pandemic's start, Costco (COST -0.15%) has experienced an increase in new customers and spending. The company was deemed an essential retailer and allowed to stay open while many other businesses had to shut down.

Moreover, the nature of the business as a big-box retailer was ready-made for how consumers changed their behavior during the pandemic, making fewer trips to the store and buying more on each trip. Still, Costco is not like other stores; you need to pay an annual membership fee for the privilege of shopping at a Costco warehouse.

Given that its customer value proposition has never been higher, this could be the opportune time for Costco to raise those membership fees. 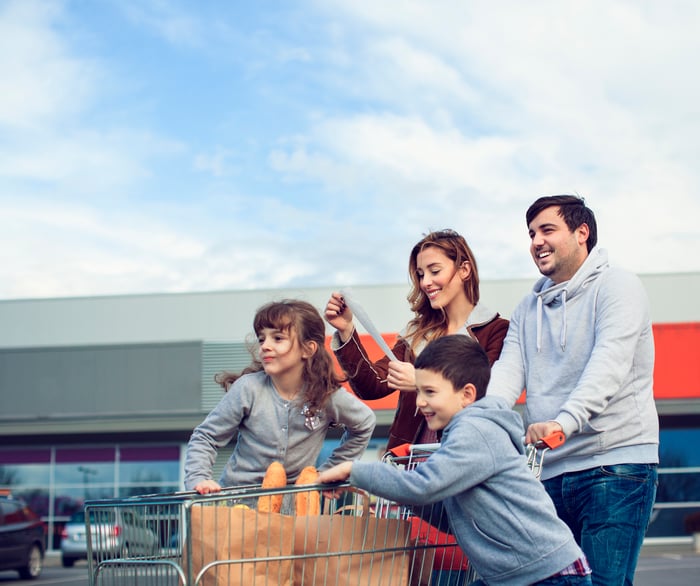 Costco is due for a membership price hike

At the end of its fiscal third quarter, Costco boasted 60.6 million paying households, up by 900,000 from the previous quarter. Of that total, 24.6 million were executive members, who pay twice the annual fee and qualify for a reward of 2% cashback on their annual spending. Membership fees are $60 for the standard and $120 for the executive.

Overall, Costco earned $901 million in membership fees in the most recent quarter, and since there are little expenses to go with membership premiums, nearly all of those fees flow to the bottom line. Historically, Costco has raised membership fees roughly every five years. The last time it raised fees was in 2017. It did so by $5 for regular and $10 for the executive.

A similar increase to its current membership base could lead to an increase of $1.7 billion in annualized membership fees and subsequently to the bottom line. The five-year interval is approaching, and it could be a good time for Costco to raise fees now. It recently announced permanent wage increases for its employees, which it can point to as a reason for raising fees. And its value to customers has arguably never been higher.

Boosted by the pandemic, Costco reported a record operating profit of $5.4 billion in 2020. If it implements the aforementioned price increases, it could add 31% of that to operating profits annually. That is, of course, assuming members don't balk at the increase and cancel their memberships.

That's what makes this a great time for Costco to put in the increase. Doing it now with the confluence of factors in its favor could mean a much lower member churn from the increase. If it waits too long, it could miss the opportunity, and it could risk losing more members than it otherwise would have.

The stock price is up 13.8% year to date, and that has pushed up Costco to trade at a forward price-to-earnings ratio of 37.5, near the highest level in the last decade. The pending price increase could already be priced into the stock trading at expensive valuations. Investors should keep an eye out for any news regarding membership fee increases and evaluate the stock after the announcement.