Roku and two other growth stocks still have room to run.

Many high-growth tech stocks rallied last year as their core businesses accelerated throughout the pandemic. Consumers made more online purchases, accessed more cloud-based services, played more video games, and relied on remote communication tools to continue working. But this year, many of those high-flying stocks stumbled as investors fretted over their high valuations and post-pandemic slowdowns.

But it would be a bad idea to sell all of your high-growth tech stocks just because market sentiment is shifting. Many of the sector's fastest-growing names could still have plenty of room to run -- so it might be wise to accumulate some shares during the downturn instead.

I personally started new positions in three high-growth tech stocks over the past month: Roku (ROKU -9.25%), Zoom Video Communications (ZM -1.96%), and Coupang (CPNG 0.50%). I'll explain why I was initially skeptical about these three companies -- and why I eventually changed my mind. 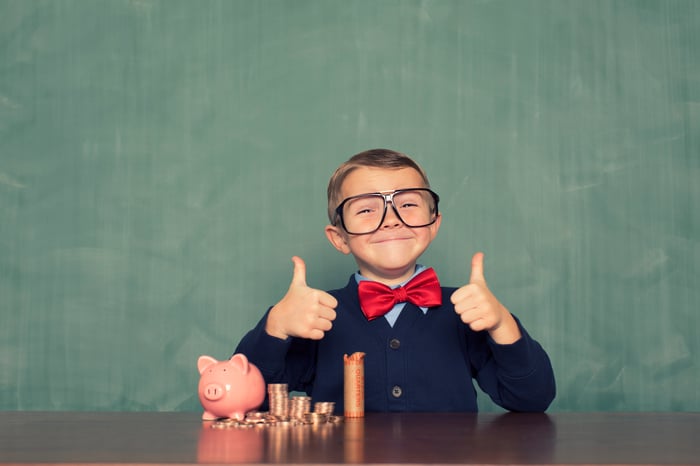 I wasn't impressed by Roku when it went public at $14 per share in 2017. I thought it faced too much competition in the streaming device space, that smart TVs would displace stand-alone streaming devices, and that it would struggle to expand its higher-margin software platform to reduce its dependence on lower-margin devices.

Last year Roku's number of active accounts rose 39% to 51.2 million, its ARPU (average revenue per user) increased 24%, its gross margin expanded from 150 basis points to 45.4%, and its total revenue climbed 58% to $1.78 billion. Analysts expect its revenue to rise another 55% to $2.8 billion this year as it continues to expand its software ecosystem with new original shows for its ad-supported Roku Channel, and for it to end the year with a full-year profit -- compared to a net loss in 2019.

Roku's stock might seem expensive at 21 times this year's sales, but its impressive evolution into an online software and advertising company arguably justifies that premium valuation.

I was also bearish on Zoom for a long time. When it went public at $36 per share in 2019, I thought it was just another video conferencing platform. When its growth accelerated throughout the pandemic last year, I thought its momentum would fade after the crisis ended.

But then I looked at why Zoom gained tens of millions of users while its competitors floundered. The answers were simple: It was easier to use than its enterprise-oriented peers, it had a catchy brand, and its free tier convinced power users (like schools and businesses) to upgrade to paid tiers for longer and larger meetings with more collaborative tools.

That's why Zoom's revenue skyrocketed 326% to $2.65 billion in fiscal 2021, which ended this January, as its adjusted net income soared 883% to $995.7 million. Analysts expect Zoom's revenue and earnings to rise 51% and 40%, respectively, this year, assuming the pandemic ends and fewer people use its services.

That slowdown seems disappointing, but investors shouldn't ignore its evolution into a cloud communications giant with Zoom Rooms, Zoom Phone appliances, Zoom Events, its integrated App Store, and its planned takeover of the cloud contact center provider Five9 (FIVN -2.70%). If Zoom successfully evolves into a diversified enterprise software company over the next few years, its stock might not actually be that expensive at 81 times forward earnings and 28 times this year's sales.

Coupang, the South Korean e-commerce leader that went public at $35 per share this March, didn't initially impress me. Its infrastructure and revenue growth rates were impressive, but its losses were widening.

However, Coupang's massive fulfillment network -- which puts its logistics centers within seven miles of roughly 70% of all South Koreans -- enables it to fulfill nearly all of its orders within 24 hours. It also offers grocery and restaurant delivery services, as well as streaming videos through Coupang Play. That expanding ecosystem, which mainly relies on its first-party marketplace, gives it a wide moat against any potential challengers.

Coupang's number of active customers grew 26% in 2020, then grew another 21% year over year to 16 million in the first quarter of 2021. It claims its core market remains "under-penetrated," since there are more than 37 million online shoppers across South Korea. It's also plotting an overseas expansion into Southeast Asia, Taiwan, and Japan.

Coupang remains deeply unprofitable, but its revenue rose 93% to $12.1 billion last year. Analysts expect its revenue to grow 61% this year as the pandemic-related tailwinds gradually dissipate.

Coupang only trades at three times this year's sales, making it much cheaper than Roku, Zoom, and other high-growth tech stocks. I'm not as bullish on Coupang as I am on Sea Limited, but I also think it would be inadvisable to completely avoid this regional e-commerce leader.