Norwegian just won a judgement on requiring proof of vaccination, but now there's a bigger-picture concern.

For cruise operators this pandemic must feel like a nightmare from which they just can't wake up. Just as companies including Carnival (CCL -2.72%) (CUK -2.17%), Royal Caribbean (RCL -2.80%), and Norwegian Cruise Line Holdings (NCLH -3.44%) began to slowly resume operations, the delta variant has cast new doubt on the industry's recovery. Even with good news on several fronts for the companies, the new surge in COVID-19 cases in the U.S. had all three stocks trading down between 4% and 5% early on Monday. As of 12:35 p.m. EDT, shares of Carnival and Royal Caribbean were still down 2.4%, while Norwegian shares were down 2.1%.

The companies have spent much time and effort organizing safety protocols for a resumption of cruises globally. Just this past weekend, Norwegian hosted a panel discussion in Seattle celebrating its first cruise from a U.S. port in over 500 days. Former U.S. Food and Drug Administration (FDA) commissioner Dr. Scott Gottlieb was featured at the event to highlight the focus on safety and health. Gottlieb has been consulting with the industry throughout the pandemic, and is part of a public health panel created jointly by Royal Caribbean and Norwegian Cruise Line. 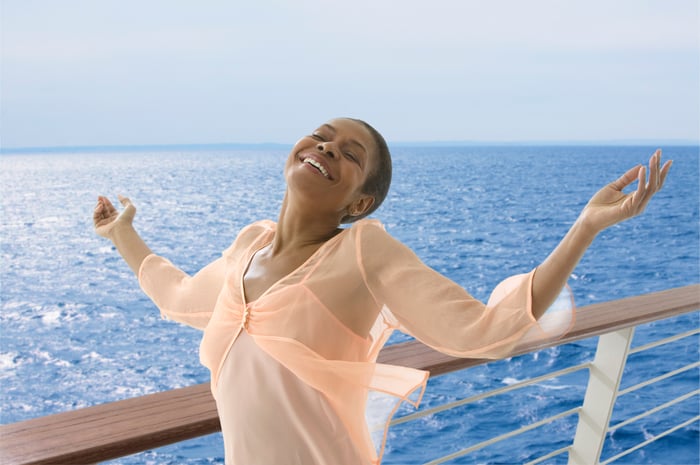 Additionally this weekend, Norwegian got word that a federal judge ruled in its favor in a lawsuit it filed against the state of Florida. The company wants to require proof of vaccination from all vaccine-eligible guests, and was forced to challenge a new Florida law banning businesses from requiring vaccinations. But investors are focusing on new uncertainty created by the spreading delta variant in the U.S. and abroad.

With a preliminary injunction against the ban, Norwegian can enlist its planned safety protocols on its first cruise out of Florida since suspending operations, scheduled to sail Aug. 15. In a statement after the ruling, Norwegian CEO Frank Del Rio spoke of the company's work on safety protocols. "Our commitment to these principles is demonstrated by the lengths our company has gone through to provide the safest possible cruise experience from Florida," he said.

The cruise operators have seen solid demand with customers using credits from canceled cruises and also booking planned new cruises into next year and beyond. After providing its second-quarter business update last week, Royal Caribbean said in a statement, "The resumption of service is being implemented at a very fast pace." The company said that globally, it expects to be running at 60% capacity by the end of July and 80% by the end of the year.

But until there is more clarity on whether the spread of the delta variant will alter reopening plans, investors seem to be more cautious with expectations for the embattled industry.

Should You Buy the Dip on Carnival Stock?
349%