Investors are loving the latest update from this multi-state cannabis operator.

Right now, Green Thumb stock is pretty expensive -- at 8.2 times revenue and 88 times earnings. It needs to generate as much growth as possible to justify those multiples. Fortunately, the company has a good shot at sustaining its momentum in the future. Subsequent to the quarter, Green Thumb added two stores in Massachusetts, one in Virginia, another in Rhode Island, and one in Pennsylvania. Green Thumb now operates 62 dispensaries nationwide. 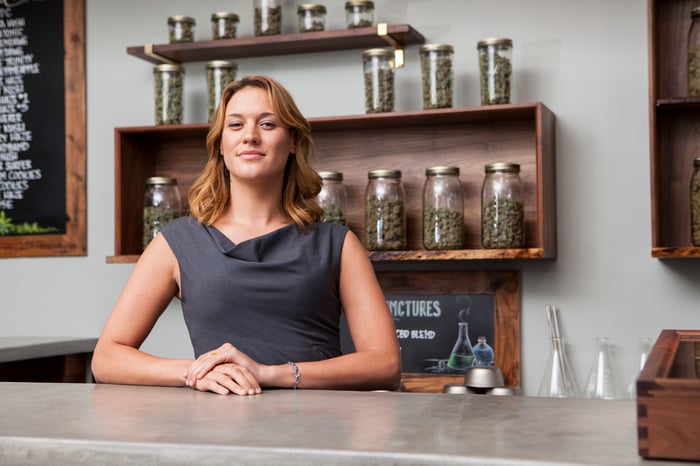 The company isn't just about operating brick-and-mortar dispensaries. Its wholesale segment is rapidly gaining traction -- with Green Thumb packaged products available in 12 states. Over 20 states and D.C. have now fully legalized both recreational and medical cannabis, so there's plenty of room for the company to expand further. It is also strong liquidity-wise, with more than $359 million in cash on hand compared to $197 million in debt. Overall, Green Thumb's ability to simultaneously grow its revenue and earnings at an astonishing rate makes it one of the top cannabis stocks to buy now.