Investors are seeing a lucrative opportunity ahead for Sonos after a big court win last week.

Sonos (SONO -3.13%) ended last week on a high note, after a judge ruled in its favor over a patent dispute with Alphabet's (GOOG -2.56%) (GOOGL -2.51%) Google. This win could potentially lead to more licensing revenue, so it isn't surprising to see Wall Streeters jumping on the bandwagon. On Monday, Sonos received a big upgrade from an analyst with Jefferies Financial Group.

The stock was up 7.6% at 10:07 a.m. EDT. This brings Sonos' year-to-date performance to 80%, significantly outperforming the Nasdaq Composite index. 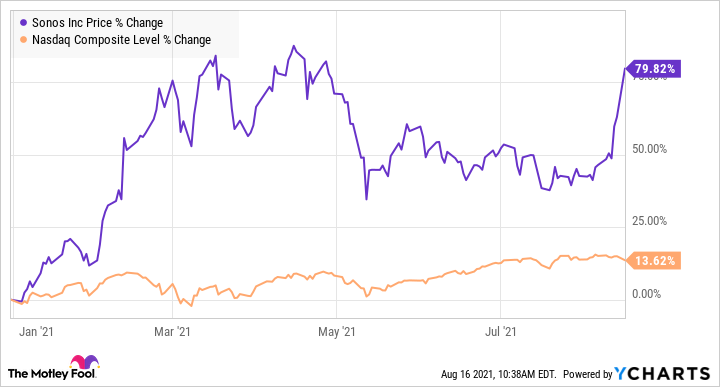 Management said during the fiscal third-quarter earnings call that the five patents under dispute in this case are just the tip of the iceberg. Sonos' Chief Legal Officer Eddie Lazarus said that there were dozens more patents that Google has infringed.

One analyst with Jefferies gave the stock a big vote of confidence today, upgrading the shares to a buy rating and raising the price target from $43 to $50. After proving in court that its patents were violated, Sonos could potentially pad its bottom line from licensing its technology to other tech companies. 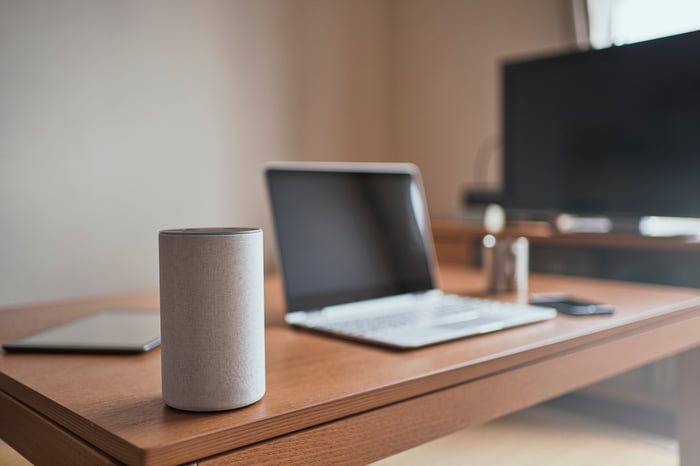 As more people stream video and music at home, it's opening a huge growth market for Sonos, which is why winning the recent patent dispute is important.

"We believe that the strong demand for our products is unwavering and underscores the uniqueness and power of our business model where customers start with one product and expand with more over time," CEO Patrick Spence said in the fiscal Q3 earnings report.

Suzanne Frey, an executive at Alphabet, is a member of The Motley Fool's board of directors. John Ballard has no position in any of the stocks mentioned. The Motley Fool owns shares of and recommends Alphabet (A shares), Alphabet (C shares), Jefferies Financial Group Inc., and Sonos Inc. The Motley Fool has a disclosure policy.