Please ensure Javascript is enabled for purposes of website accessibility
Log In Help Join The Motley Fool
Free Article Join Over 1 Million Premium Members And Get More In-Depth Stock Guidance and Research
By Anders Bylund – Aug 17, 2021 at 11:57AM

The best investors in the world swear by holding high-quality companies for decades on end. These stocks fit that bill.

I'm about to show you my favorite stocks. Sometimes I invest with an eye to strong returns over the next few years. These are the ones that I expect to keep beating the market for the years and decades to come. It will take a lot to pry them out of my portfolio.

Let me show you why I intend to hold Netflix (NFLX -1.35%), Alphabet (GOOG -1.67%) (GOOGL -1.81%), and Walt Disney (DIS -2.98%) for the long haul. These stocks may not be slam-dunk forever holdings for every investor, but you should absolutely take a close look at these top-notch investments. 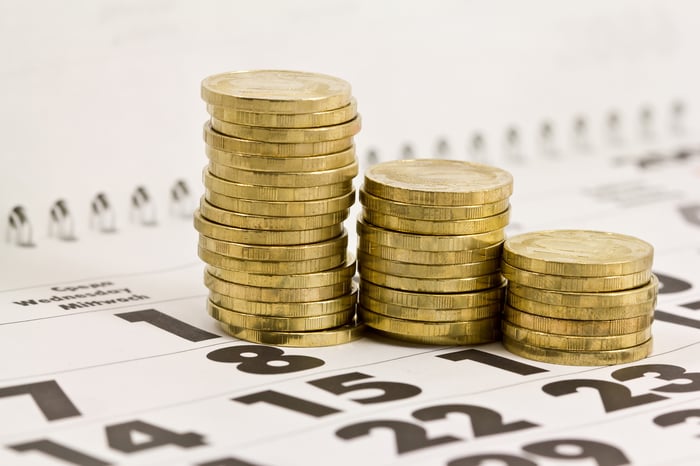 First, you knew Netflix as the sender of red mail-order DVD rentals. The company introduced digital video streams as a free add-on for DVD customers in 2007, then separated the streaming business into a separate subscription service in 2011. The Qwikster event was a big marketing mess and could certainly have been handled better, but it was absolutely the right idea in the long run.

Going all-in on the all-digital streaming service allowed Netflix to roll out its paid subscription plans on a global scale, supplemented by an ambitious focus on original content. The subscriber count has skyrocketed from 26 million in the summer of 2011 to 209 million today. That fantastic trend has worked wonders for the company's top and bottom lines: 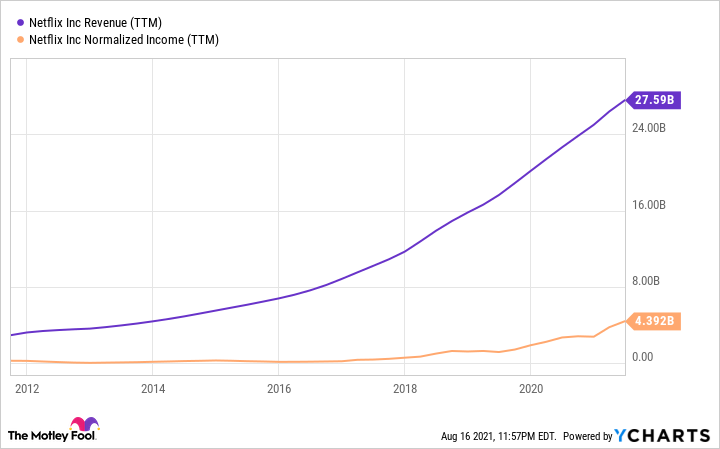 Netflix saw an opportunity to lead the charge into a brand-new market, with low infrastructure costs compared to the DVD-mailing business and buckets of worldwide growth potential. So the DVD business that had come to dominate the video rental sector in America was unceremoniously tossed aside in favor of better ideas.

These days, Netflix is an award-winning content producer with an unmatched distribution network in every market that matters (except for China, where the company must operate through local partnerships). The stock has delivered a 2,240% return since the Qwikster event, which works out to a compound annual growth rate (CAGR) of 35.8%.

By 2015, co-founders Sergey Brin and Larry Page had concluded that Google's meat-and-potatoes search and advertising businesses eventually had to fade away, overtaken by mobile alternatives and other innovations. So the company made some big changes. Google hired CFO Ruth Porat, a banking executive with decades of experience in large-scale corporate finance. Later the same year, the company changed its name to Alphabet and reorganized itself into a loose conglomerate of different operations.

Google is still the backbone of Alphabet, accounting for 99.6% of the holding company's total sales in 2020. The non-Google operations are still losing money on a regular basis, despite some progress in the fields of self-driving vehicles and fiber-optic internet connections. At the same time, the company is preparing for an uncertain future by developing a plethora of online and offline business projects with massive long-term growth prospects and equally large development risks.

If the self-driving cars don't work out in the long run, Alphabet might find a cash machine in medical research or novel wind energy generators. We may never even have heard of the next big winner in Alphabet's sprawling portfolio. If and when Alphabet starts to make serious money from artificial intelligence tools or cancer drugs, most consumers probably won't think of that stuff as a Google business at all. 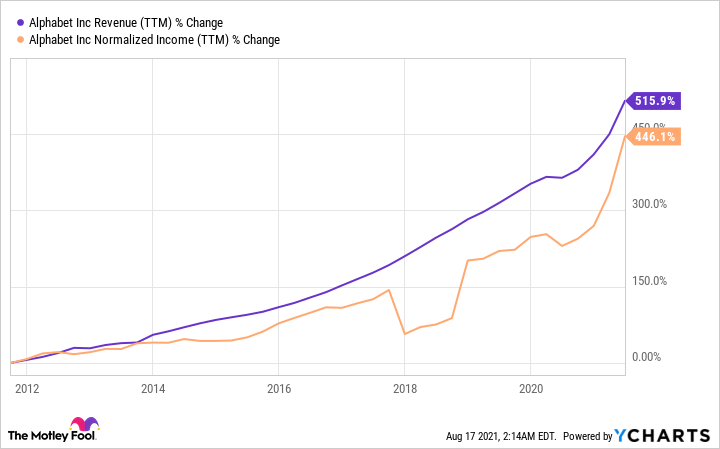 Alphabet continues to ride its Google heritage as far as it will go, but there is no shortage of completely unrelated operations that can take over when the browser-based search and advertising business starts to falter. Until then, the traditional search business is booming and Alphabet has rewarded investors with a 912% return in 10 years. That's an annual growth rate of 23.3%.

And then there's the near-centennial entertainment giant. The House of Mouse was founded in 1923 by two cartoon-making brothers with a vision. The company has survived a world war, several terrible recessions, 10 decades of progress in distribution and production technologies, and much more.

The leisure and entertainment conglomerate you see today is a far cry from the original business, which was a pure-play cartoon production studio. Disney World and Disneyland are cultural touchstones. The company is a leading provider of hotel and resort services, including a cruise line. I can't think of another company that has mastered the art of monetizing its intellectual property as effectively as Disney has. And that intellectual property -- characters, fictional worlds, and storylines that most Americans know by heart -- will always be the lifeblood of Disney's business.

Times are tough right now, as the coronavirus pandemic closed down movie theaters, theme parks, resorts, and cruise ships around the world. So Disney took a good, hard look at the drastic changes in the entertainment industry and decided to put its full weight behind media-streaming platforms.

The company has been reorganized from the top down to support Disney's streaming platforms. The Disney+, Hulu, Hotstar, and ESPN+ streaming services are poised to challenge Netflix for the global media-streaming market, adding up to 174 million subscribers in the third quarter of 2021. Disney took on some extra debt in the darkest days of the health crisis and will most likely use some of that spare cash to accelerate its streaming operations.

The coronavirus caught Disney unprepared, but management didn't hesitate to turn on a dime. The whole behemoth is heading in a different direction now, supported by the same treasure trove of storytelling assets that took the company this far. This supremely well-managed company is also beating the market in the long run, with a 439% 10-year gain that works out to a CAGR of 13%. 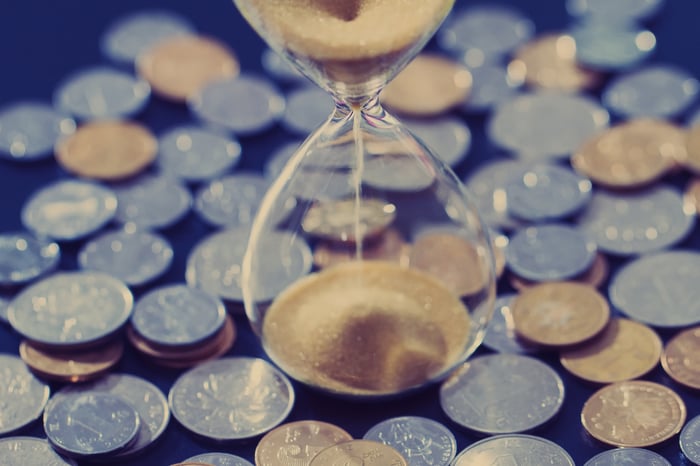 These three companies are very different, but they still have one all-important quality in common. I'm looking for flexibility in the face of good times and bad. If your company stands ready to make drastic changes to its operating plan when the business environment around it changes, you know you have an organization that will stand the test of time.

Lots of time in the market equals wealth-building returns. That's the main lesson you can learn from the writings of Benjamin Graham and the stellar results of his star student, Warren Buffett. Building life-changing wealth does not require a couple of years of fantastic returns. All you need is generally solid gains for several decades.

For example, an annual return of 10% -- in line with the long-term market average -- adds up to a 673% profit over 20 years. Beating the Street by a small margin makes a big difference on this long time scale. Boost your average gains to just 11%, and you'll see 806% returns over those 20 years. Larger increases bring even greater total long-haul returns. The three stocks discussed above are set up to do better than that, and their very survival in the long run is just about guaranteed by that willingness to change when market conditions require it.