Shares of advertising technology company Magnite (MGNI 6.65%) have been on an amazing run. Conceived as a merger of equals from programmatic digital advertiser Rubicon Project and connected TV (CTV) specialist Telaria, it has rallied from last year's pandemic lows that saw shares trade below $6 per share.

Up 270% in the last year, Magnite has made long-term investors a lot of money, including myself. All told, I made approximately $106,000 from the stock through a combination of shares and income-producing covered-call option strategies.

Although I sold most of my position shares earlier this year, I'm more bullish on the growth stock's business prospects now than I was at the time of the initial investment. Here's why. 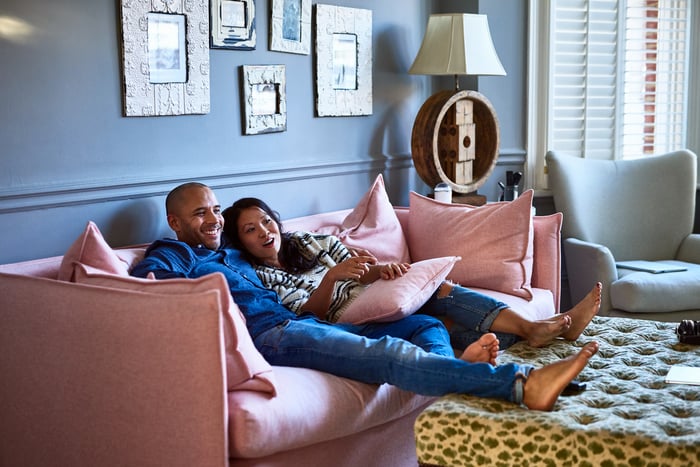 A merger built for disruption

In the last five years, we've seen an acceleration of cord-cutting households, with many Americans migrating to streaming and CTV.

Despite the focus on networks amid the "death of TV," large programmers have adapted by building or acquiring their advertising supported video-on-demand (AVOD) offerings like Fox Corporation's Tubi, The Walt Disney Company's Hulu, and ViacomCBS's Pluto TV.

Instead, it appears the TV advertising ecosystem is more apt for disruption. Many processes remain a relic of yesteryear, using human negotiations rather than instant programmatic pricing and delivery. Additionally, it lacks many features of digital marketing that maximize ad effectiveness.

Due to its smaller market capitalization and the fact that Telaria had a deal in place with Disney's massive Hulu AVOD service, Magnite is a major player and well situated for the rise of streaming.

Shares exceeded my wildest expectations. By year-end 2020, my position exceeded $150,000, a significant part of my household net worth.

In response, Magnite began to pivot to become more dependent upon CTV advertising, a faster-growing ad market unaffected by Alphabet and Apple's 3PC decision. This was a smart decision, but the company decided to do so by acquiring CTV specialist SpotX for $1.17 billion in cash and stock, its second large-scale acquisition in as many years. And they weren't done -- a few months later, Magnite would acquire a significantly smaller CTV platform, SpringServe, for $31 million.

There's a long-running history of companies using acquisition as a growth strategy, and it rarely ends well. While an admitted good problem, the newfound wealth from Magnite's stock gains led to over-concentration in my portfolio. Prudent risk management and new risk factors dictated trimming my position.

Bullish on the business but not expecting similar returns

After selling off most of my shares in Magnite, I'm more bullish on the company's path forward now than at the time of my original investment.

The biggest question mark at the time of purchase was if the company could pull off a successful merger while continuing to grow share in the CTV business. While the market temporarily cheered its second acquisition, my perception of its risk skyrocketed.

It's early, but Magnite's second-quarter earnings were pointing to a company firing on all cylinders. On the strength of CTV, Magnite reported year-over-year revenue growth of 170%, up 79% when you adjust for prior mergers and traffic acquisition costs.

Finally, the company swung from an adjusted earnings-per-share loss in the year-ago quarter to a $0.11 gain. The quarter went a long way toward answering concerns about the company's riskier growth-by-acquisition strategy.

Unfortunately, being bullish doesn't mean expecting similar returns. Tripling your money in less than a year requires more than a great investment idea -- it's also the luck of being at the right place at the right time. The pandemic was a once-in-a-lifetime market for many investors, and it's difficult to imagine a repeat in the immediate future.

In the long run, however, if you own disruptive companies in high-growth industries, it's a strong bet you'll beat the market.