Walt Disney's (DIS 3.12%) best-known streaming service, Disney+, may have arrived late in the streaming arena, but it and Disney's other services are making up for the lost time. The House of Mouse now has a whopping 174 million overall streaming subscribers despite only launching Disney+ in November of 2019.

Disney+ gets the bulk of attention from media and investors alike, with good cause. While the company offers several streaming services -- the main ones are Hulu and ESPN+ -- Disney+ has the most subscribers by a wide margin (part of that subscriber total comes from Disney+ Hotstar which operates in India and Indonesia and offers more viewing options than Disney+ alone).

But that doesn't mean the other services are slouches. In fact, I believe that Hulu is Disney's unsung hero. 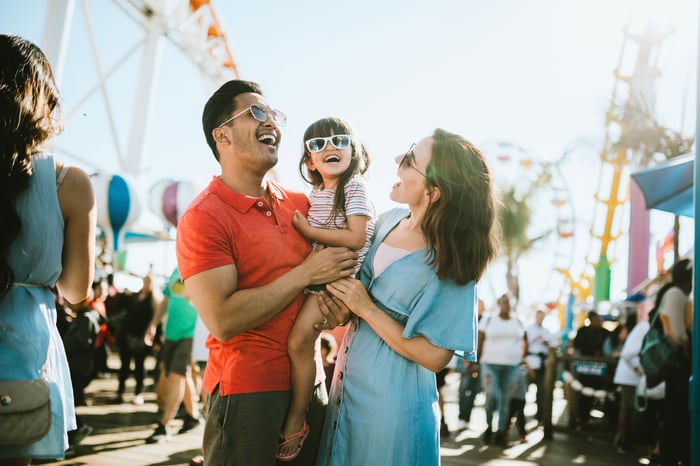 Less is more in this case

Hulu is more of a general entertainment offering than Disney+, which is geared more toward children's and family entertainment. Interestingly, viewers can buy two forms of Hulu. One is the subscription video on demand (SVOD) service, similar to a Disney+ or Netflix subscription. The other, Hulu Live TV, is similar to a traditional cable subscription with multiple channels, except that customers get to stream the content without needing to install a cable box.

Thanks to advertising revenue and add-ons that customers can buy with each service, the average revenue per user (ARPU) is higher than the starting prices for each. ARPU for the SVOD versions was $13.15 in the most recent quarter, up 15% from last year. Similarly, ARPU was $84.09 for the Live TV version, up 23% from the previous year.

To put those figures into contrast, ARPU for the flagship Disney+ service was $4.16 in the most recent quarter, down 10% from the previous year. While Disney+ may be bringing the company more subscribers (116 million), Hulu (42.8 million) is bringing in more revenue per user and more revenue overall.

The long-run trend of viewers cutting the cord on cable and moving over to streaming content has no end in sight. Signing up for a streaming service requires no home installation, special equipment -- or dreaded, often-missed appointments with cable companies. And it costs less to boot. With those advantages in place, it's improbable that cable or satellite providers can recover.

The problem for Disney is that it makes the bulk of its operating profits from legacy TV subscribers, and the cord-cutting trend is hurting revenue and profits in that segment. That's where Hulu provides another boost. The Live TV version is similar to a traditional cable subscription, so a consumer who wants the convenience of a streaming connection without the hassle of a cable subscription can sign up to Hulu Live TV. That way, Disney keeps the customer and only changes the way it delivers the service. Without Hulu, Disney is more likely to lose the customer entirely.

Given the benefits Hulu is providing, it truly is Disney's unsung hero.