Each of these stocks got hurt by the pandemic in the short run, but could come out stronger than before.

Investors have a host of options of what type of assets they want to buy. There are stocks, bonds, real estate, collectibles, commodities, cryptocurrencies, and more. That being said, my favorite is stocks. It gives an investor the right to a recurring piece of a company's profits, which you don't get with bonds.

Plus, you can make money from stocks even if you buy them and sell them for the same price. For instance, you can buy a stock for $10 in one year and sell it for $10 five years later. But if the company paid dividends of $1 per year, you still made $5 in total. That's unlike cryptocurrencies like Bitcoin, where your only source of profit is selling it to someone else for more than what you paid for it. Still, it's important to remember not all stocks pay dividends.

Now that I've established why stocks are my favorite asset, let me tell you my favorite two stocks right now. 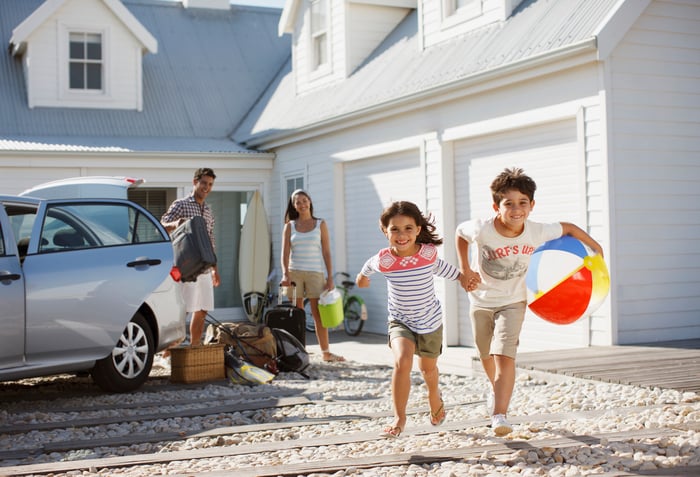 A global facilitator of travel

Airbnb (ABNB -5.47%) is a global travel company. Customers look to the site to find places to stay when they go on vacation or business trips. Airbnb's business model is much more to my liking than hotels, mainly because it's asset-light, as it does not need to own and operate expensive buildings. That makes Airbnb more able to withstand economic downturns and also expand efficiently when the opportunity arises.

For instance, during a recession, hotels still need to pay for maintenance on an entire property even though a lesser portion is being occupied. Moreover, if the economy is booming and a hotel wants to expand, it needs to spend millions on building a new hotel or adding rooms. In contrast, as Airbnb hosts observe increasing demand during a similar expansion, they will host more frequently and perhaps add a new room or property to their listings.

Although the pandemic hurt Airbnb in the short run, it could end up strengthening its business for decades. The pandemic accelerated the push toward remote working, which is expected to be even in its aftermath. If you are working from home part of the week or month, you can likely travel more freely, which should mean more bookings for Airbnb.

Revenue is already back above pre-pandemic levels for Airbnb, and in the most recent quarter, unearned fees, which are nights reserved but not yet experienced, increased by 43.7% from the year before. As economies reopen, Airbnb could continue to gain market share, and because it can expand efficiently, it could lead to an increase in profits as well. 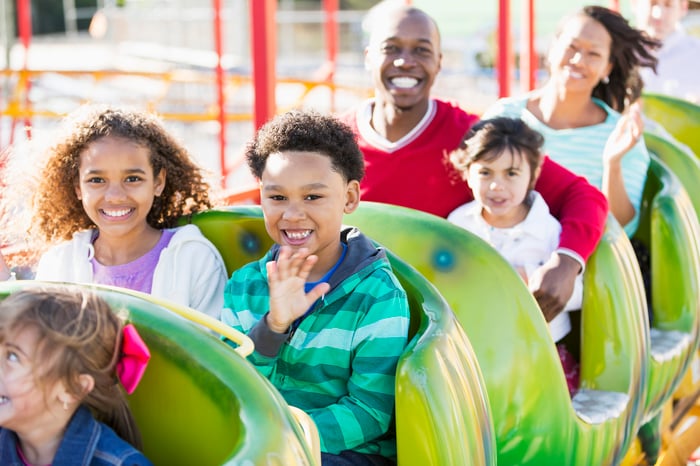 Walt Disney (DIS -3.79%) is another of my favorite stocks to buy right now. The company has delighted customers for decades, and that will make it difficult for any competitor to encroach on its business.

Similar to Airbnb, the pandemic hurt Disney's business in the short run, but Disney could come out stronger than before. The company's top-rated theme parks could generate more profit as the company has raised prices. For years, the company was hesitant to increase prices because of the negative publicity it could generate, but after being devastated by the pandemic, fans are more likely to understand if it boosts prices a little faster than usual.

The major long-run risk with Disney's stock was the negative effect the shift to streaming content instead of watching linear TV was having on its media segment. However, management made a prudent move to emphasize its streaming business so that fans of Disney could transition from linear to streaming while staying with Disney. The company already has 159 million streaming subscribers, and management told investors to expect it to reach between 300 million and 350 million subs by 2024.

With a major risk alleviated and price increases implemented, Disney's bottom line is in a position to thrive in the long run. Remember, this is a company that earned an operating margin of 22.3% in the last decade, even including the devastations of the pandemic in 2020.

Overall, both Airbnb and Disney are in a great position to benefit from the reopening of economies and capture pent-up demand. They have built a defendable moat against competitors that will make encroachment attempts costly. For those reasons, they are my two favorite stocks to buy right now.