Please ensure Javascript is enabled for purposes of website accessibility
Log In Help Join The Motley Fool
Free Article Join Over 1 Million Premium Members And Get More In-Depth Stock Guidance and Research
By Jeremy Bowman – Aug 20, 2021 at 7:06AM

A deteriorating regulatory climate weighed on the sector.

It was another rough week for Chinese tech stocks, as signs of tightening regulations continued to cause investors to sell the sector. Their reasoning was that the potential of another crackdown like the one the education sector faced was too great.

Among the losers this week were: 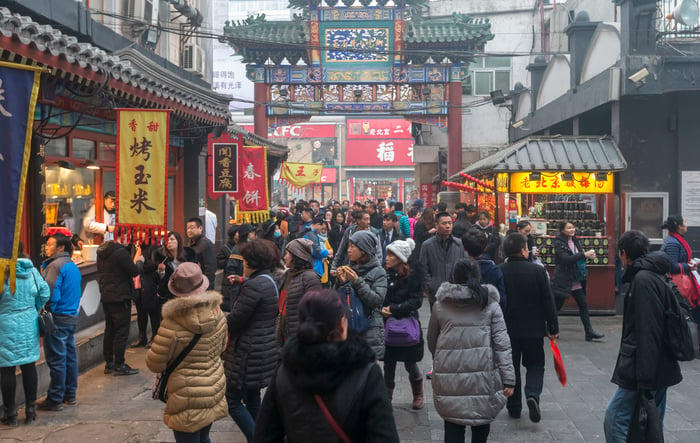 Chinese tech stocks, including this group, fell sharply last month after the Chinese government issued new regulations banning Chinese for-profit educators like New Oriental Education Group and TAL Education Group from making a profit. It was the most drastic move yet by Beijing to bend the rules against investors, and it sent many big-name players, including ARK Invest's Cathie Wood, fleeing from China.

There had been prior scares over the Chinese regulatory environment, including an antitrust investigation against Alibaba that resulted in a $2.8 billion fine and Didi Global's ridesharing app being removed from major app stores shortly after that company went public at the end of June. Now, there are warning signs that the regulatory environment against tech stocks could tighten further.

On Tuesday, China's antitrust regulator, the State Administration for Market Regulation, released draft rules that would ban unfair competition among internet companies, echoing the explanation it gave for the $2.8 billion fine on Alibaba back in April. Among the agency's complaints was that Alibaba had forced vendors to exclusively use its platform.

The actual impact of the new rules on the Chinese tech giants is unclear, but it's only darkened the regulatory climate for investors, making Chinese stocks even riskier.

On Thursday, Chinese tech stocks fell again after the government said it was considering proposals to ensure the rights of drivers who work for online companies, including ridesharing and e-commerce delivery firms. It also said it would increase its oversight of live-streaming businesses.

Meanwhile, Tencent warned of increased regulation in its earnings report and posted its slowest revenue growth since early 2019. President Martin Lau said, "In the future, more regulations should be coming." Tencent, which owns superapp WeChat, saw weakness in mobile gaming during the quarter as it was forced to cut playing time for minors as part of a new government policy.

There's a significant change going on in Chinese policy as Xi Jinping's government seeks to close the wealth gap between China's richest and poorest and encourage population growth. This was the explanation for the crackdown on Chinese tutoring stocks, as they're a steep cost to raising children in that country.

Thus far, the actual impacts on Chinese tech giants have been relatively modest. At the time Alibaba was issued the $2.8 billion fine, the market cheered, thinking the worst was over. That fine was less than what Facebook paid to the Federal Trade Commission in 2019.

The difference is that the Chinese government doesn't operate within the same legal boundaries as the U.S. and is free to do things like order for-profit companies to become non-profits, as it did with the tutoring companies. While such a drastic move seems unlikely to happen in the tech sector, investors are clearly spooked, and warnings like the one from Tencent only sours market sentiment further.

For now, it seems the situation in China will get worse for investors before it gets better.