Businesses will have to pay more for the popular productivity suite next year, and investors will benefit.

Microsoft (MSFT 0.13%) announced the first price increase for its Microsoft 365 and Office 365 subscriptions since the subscription offering was first introduced more than a decade ago. In its announcement, Microsoft pointed out all the additional value it's added to the software suite over the last 10 years, justifying its price increase. Indeed, new services such as Microsoft Teams have become invaluable for many workplaces in the work-from-home era.

Microsoft's decision to raise its pricing should show up on both the top and bottom lines. Here's what investors can expect. 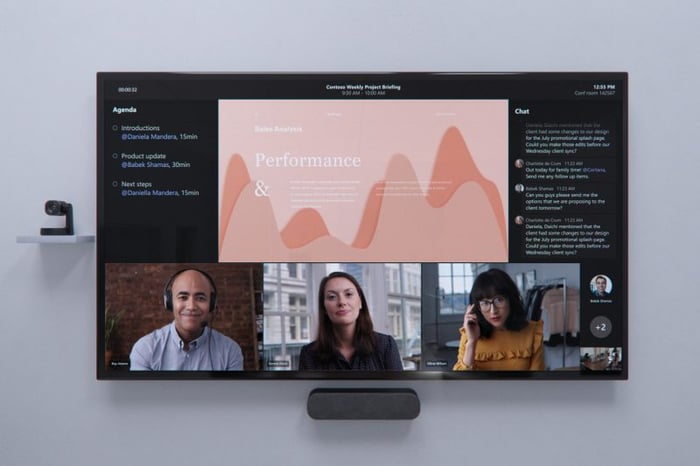 What exactly is changing?

Microsoft is specifically changing the commercial pricing for Microsoft 365 and Office 365. Consumer pricing isn't changing at all, so if you subscribe to the service personally, you won't see any change in your monthly or annual bill from Microsoft. The new commercial pricing won't go into effect until March 1, 2022.

The price increases will affect the 300 million commercial Office 365 and Microsoft 365 paid seats. But they won't all see the price increase at once. Microsoft locks in long-term contracts with businesses, so the full impact probably won't show up until well into fiscal 2023.

What kind of impact can investors expect?

When the price increase is fully rolled out, the 300 million existing subscribers will be paying at least $1 more per month, but $2 or $3 in most cases. Also consider that the price increases for the lower tiers of service are more substantial (on a percentage basis) than the higher tiers. That could push more businesses to opt for higher-tier services, producing further revenue growth.

Subscriber churn shouldn't be a huge concern for Microsoft. Not only is this its only price increase in the history of the service, but it also has a moat around its software suite. No business wants to spend hours retraining its workforce on a competing product, and it's standard across industries to use Microsoft's Office suite. So the potential to lose revenue from churn is minimal.

An average increase of $2 per user would translate into $7.2 billion in additional revenue. That's on top of any organic subscriber growth the company can produce. For reference, Office 365 Commercial's revenue increased 25% year over year in the fourth quarter. And during the company's fourth quarter earnings call, CEO Satya Nadella said it's seeing double-digit year-over-year seat growth across every segment.

Importantly, the increased revenue should provide a substantial boost to profits. Microsoft isn't planning to add anything more to the suite than it already has. The operating costs won't increase any more substantially compared with the old pricing. As such, the bulk of that revenue increase will flow to Microsoft's bottom line.