Since the early days of the pandemic, a group of biotech companies have seen their stocks tied tightly to the prospects of a COVID-19 vaccine. The potential windfall from a successful drug simply overwhelmed any value of future programs.

More than 18 months later, Moderna and BioNTech (BNTX 0.16%) -- along with its partner Pfizer (PFE -0.33%) -- have captured much of the benefit after being the first to receive authorization late last year. Still, BioNTech can get overlooked when discussing inoculations, and many people even call its drug the "Pfizer vaccine." That misnomer is just one of the things you'll uncover when digging a little deeper into the German biotech company. 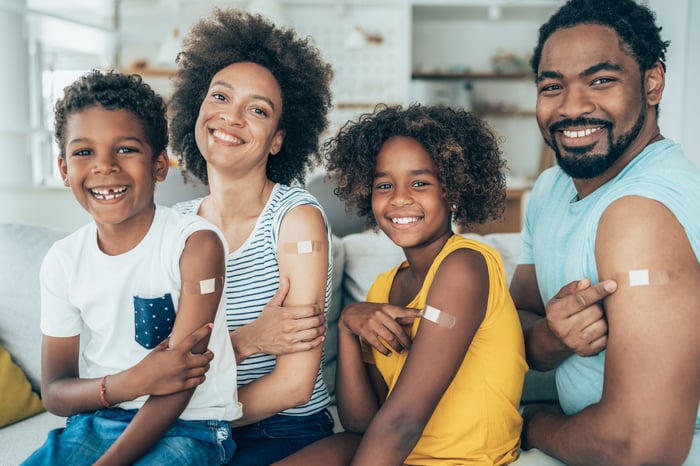 It was founded by a husband and wife team

In a world filled with business moguls as CEOs, BioNTech offers a refreshing contrast. Both CEO Uğur Şahin and his wife, chief medical officer Özlem Türeci, are researchers. As the story goes, they even returned to the lab after their wedding ceremony.

While much of their professional life has been focused on cancer, their company's mRNA platform put them in pole position to combat an infectious disease that nearly ground the world to a halt. They recognized the opportunity and took an early role.

In late January 2020, Şahin even designed 10 vaccine candidates himself. BioNTech's researchers doubled that, for a total of 20 to test.

But testing is only the first step. The company needed a partner with deep pockets and a lot of expertise in shepherding a drug through the approval process. Luckily, it already had one.

On March 16, 2020, BioNTech announced BNT162, its vaccine for the prevention of COVID-19. The next day, its partnership with Pfizer was revealed. The two companies were already collaborating on a vaccine for influenza. In April, they clarified the terms with some financial details and outlined Pfizer's contribution of vaccine expertise, in addition to its regulatory, manufacturing, and distribution infrastructure.

Pfizer's CEO Albert Bourla became the face of a furious push to get the drug tested. In the partners' initial regulatory filings, many parts would be left blank for numbers they could fill in later. They would go on to simultaneously test vaccine candidates in monkeys and humans and combine phase 2 and phase 3 trials in an effort to speed up the process.

When it came to manufacturing, Pfizer didn't even have the equipment to make an mRNA drug. It used its own money to create a production network. That included buying giant disposable bags that could hold half a million doses each instead of using steel tanks -- a move that shaved months off the timeline. Other concessions were made.

Instead of taking the time to determine the storage requirements for the vaccine, the company played it safe, opting for subarctic temperatures and designing a special case for shipping. By September, 1.5 million doses were set aside, waiting for the first country to authorize use.

Ultimately, the partners didn't deliver the 100 million doses they had hoped for in 2020. But the experience, capital, and relentless focus on speed led to the first mRNA vaccine ever authorized. The initial dose of the authorized drug was given in New York on Dec. 14, 2020.

The company is broadening its targets beyond cancer

Despite the success from its coronavirus vaccine -- the company estimates nearly 16 billion euros in revenue this year -- inoculations were not why the company was formed. Its mission has always been to develop personalized cancer treatments, and that's evident from the its pipeline.

Of its 22 programs where it has selected a target, only two are for traditional vaccines -- the two with Pfizer. It recently announced plans to begin trials of a malaria vaccine by the end of next year and has programs designated for both HIV and tuberculosis.

BioNTech's financial prospects rest largely on its ability to carry over the success of its COVID vaccine to cancer. The company has 18 ongoing trials including two phase 2 trials -- one for melanoma and another for both human papillomavirus and head and neck cancer -- that began this year. The entire market opportunity for those drugs is estimated at around $7 billion.

It will need to advance more drug candidates to justify the current $89 billion valuation. Despite the success of its COVID vaccine, the current rate of sales is unlikely to last.

For now, shareholders will continue to watch the profit roll in and monitor the pace of clinical trials. Don't be surprised if management isn't responsive to movements in the stock price. For Şahin and Türeci, success is likely defined by the impact BioNTech makes on the world, not shareholders' bank accounts.