This once-promising biotech is now struggling to stay afloat.

Editor's Note: This article was updated on Aug. 31 to reflect that Labaton Sucharow was representing investors with a short position in Cassava Sciences when it filed the citizen petition filed with the FDA as well as more recent data on the outcomes of citizen petitions.

On Aug. 25, shares of Alzheimer's biotech Cassava Sciences (SAVA 3.81%) fell by more than 30% before recouping some of their losses. Investors had come across a citizen petition to the U.S. Food and Drug Administration (FDA) by New York-based securities litigation firm Labaton Sucharow was retained by short sellers calling for a clinical trial halt of the company's phase 3 study for its lead Alzheimer's drug, simufilam. Labaton Sucharow filed the petition on Aug. 18, and the FDA acknowledged the reports in the petition on Aug. 23.

There's clearly a lot on the line for patients and investors alike. So what went wrong with Cassava to attract such rigorous skepticism on simufilam? 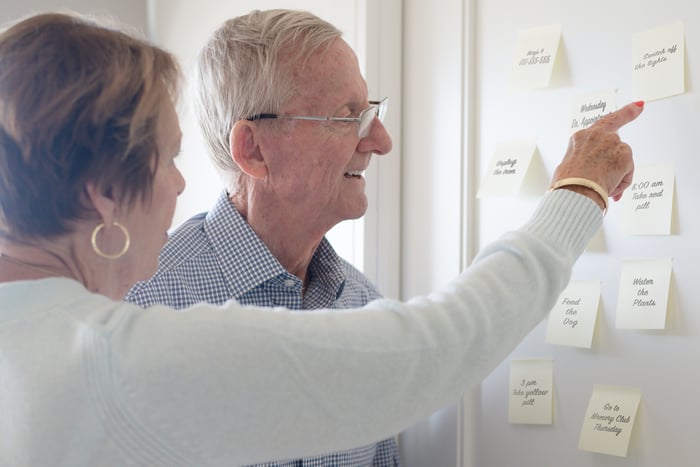 First, the law firm Labaton Sucharow said in an Aug. 26 press release that it represented clients who have short positions in Cassava Sciences. The first major concern raised by the short sellers who retained Labaton Sucharow was an alleged data mismatch regarding the company's July 26 presentation at the Alzheimer's Association International Conference. In the presentation, Cassava claimed that patients with Alzheimer's disease who received 100 mg of simufilam saw a 17% average decline in levels of P-tau181 (a biomarker theorized to cause dementia) in phase 2. However, that 17% value omits a patient whose P-tau181 levels increased by approximately 235% post-treatment. This data point would obviously affect conclusions about the drug's supposed efficacy.

The second major concern involves allegations of imaging duplication in research papers authored by Dr. Hoau-Yan Wang and Dr. Lindsay Burns, two scientists associated with the development of simufilam at Cassava. In the report, Labaton Sucharow identified a large number of protein and human brain tissue plots that appear strikingly similar, if not nearly identical, despite the claim that they came from separate experiments.

The first claim is easily verifiable. One can easily visit the company's investor relations page and spot the data on the outlier patient and how it misaligns with the overall analysis. It is unclear whether the omission was a miscalculation, a presentation error, or intentional data manipulation.

There may be merit to the second claim as well. Believe it or not, the manipulation of biomedical images in research papers is actually a rampant problem. An estimated 4% of biomedical papers contain duplicated images, whether by mistake or intentionally. The report highlights substantial indistinguishable features in images among papers published by Drs. Wang and Burns. However, it's important to note that the images were first produced on X-ray films, not as digital images. Sleuthing techniques used for the report, such as arbitrarily zooming into digital copies of the images (which can blur distinguishing features) and randomly comparing them to images in other studies out of context, can't lead to any definitive conclusions.

Cassava is a very controversial biotech stock. In May of last year, Cassava reported that simufilam had failed its phase 2 study. However, later on in August, the company then said that "data analysis redo" revealed that simufilam had actually succeeded in the study, revealing notable improvements among 10 key biomarkers  in patients with Alzheimer's disease post-treatment except amyloid-beta 42 (Aβ42). Aβ42 plays a key role in the progression of Alzheimer's disease, and its levels shot up about 10% to 15% after treatment with simufilam in phase 2.

But that's not to say simufilam is without hope. In a recent open-label study, patients with Alzheimer's disease saw their cognition levels improve slightly after nine months of treatment with the drug. Keep in mind that Alzheimer's is a rapid neurodegenerative disease, so if the benefits were due to the placebo effect, they would have dissipated quickly.

Overall, Cassava Sciences is only a mid-cap biotech; its market cap is just $3.6 billion, and simufilam is its only leading candidate. The science behind Cassava is very controversial, and at best, simufilam offers a small benefit with a huge degree of variance. Even though the FDA cleared simufilam for phase 3, that clinical trial directly evaluates simufilam's ability to improve patients' cognition rather than evaluating surrogate endpoints like biomarkers. So it in no way invalidates the allegations in the report from Labaton Sucharow representing short sellers. Shareholders should know that they are in for a wild ride for the long term, and allegations from the citizen petition may come back to bite the company even as it prepares for simufilam's phase 3. It's best to stay away until the FDA rejects the petition (which occurred in all of the 13 petitions filed in 2020) before opening a stake.