Just when it looks like litigators are finally ready to leave companies like Uber Technologies (NYSE:UBER) and Lyft (NASDAQ:LYFT) alone, POW! These outfits and their investors get blindsided.

On Friday, Aug. 20, a California state judge ruled that Proposition 22 is unconstitutional. Prop 22, which was approved by the state's voters in November, allows Uber and Lyft drivers to remain contractors rather than be reclassified as employees. As a result, both companies might be spending more money to keep their California drivers operating. Proposition 22 was meant to keep that from happening. 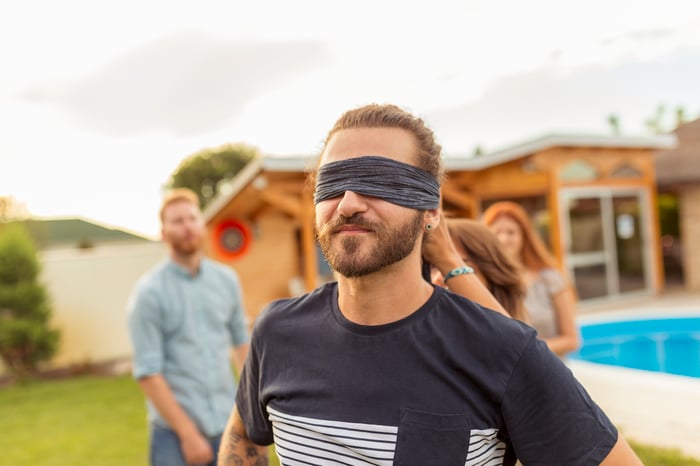 Were it just California, the pair of companies (and others like them) and their shareholders could just chalk it up as an annoying West Coast quirk. But the underlying legal philosophy that prompted Alameda County Superior Court Judge Frank Roesch's decision isn't exactly unique to California. Similar arguments are being made across the country, collectively threatening the ridesharing industry's entire business model.

That model is basically cheaper contracted labor provided by gig economy workers who accept not having traditional employee perks and benefits.

A California judge taps the brakes on gig drivers

This is the short version of a long story: Uber and Lyft drivers aren't actually employees of either company. They're contracted, with a pre-set portion of each ride's total price ultimately passed along to the parent company. The drivers get the rest.

But the drivers' cut is treated as self-employment income, so they must pay the employee's and the employer's portion of payroll taxes, for instance, since the drivers are the employees and the employers. And like any other contracted work, the person hiring the worker isn't responsible for providing health benefits or paid time off. That is also up to the contracted individual to figure out.

Many of Uber's and Lyft's drivers don't mind the arrangement and were cognizant of the pros and cons of the relationship before they enter into it.

Now California's courts are saying that not even a measure directly approved by a majority of the state's voters is legally enforceable.

At first blush, the contention seems a bit over the top. After all, one way or another, every party in the process is getting their money.

However, the math is a bit more complicated than simply figuring out who pays which bills by recategorizing contractors as employees.

Take Uber economist Alison Stein's math on the matter as an example. She suggests that applying Assembly Bill 5 as it is written and disallowing the exemptions permitted by Proposition 22 could drive California's app-ordered ride rates up by anywhere between 25% and 111%, depending on the market in question.

Number-crunching performed by Reuters nearly a year ago indicates each full-time driver employed by Uber and Lyft in California would cost the companies an extra $7,700 per year in payroll taxes and workers' comp insurance premiums. Adjustments could be made to offset at least part of that impact, though Stein reckons the override of Prop. 22 would prompt about three-fourths of Uber's California-based drivers to quit driving for the company.

It's not a stretch to suggest Lyft faces a similar fiscal headwind.

A microcosm of a bigger problem

As was noted, were it just California, Roesch's ruling might be dismissible as a one-off. Uber and Lyft would simply have to figure out a cost/price/compensation model that works in the state, or leave. You should also know that the coalition of companies that inspired Proposition 22 plans to appeal Roesch's decision. So perhaps Proposition 22 will hold up in the end.

This gig-economy legal wrangling isn't just happening in California, though, and it's not just a temporary hot button. A New York State appellate court ruled in January that Uber's drivers are also employees, and as such eligible to receive unemployment insurance benefits. Similar decisions are being made in New Jersey, Massachusetts, and Illinois, just to name a few.

Indeed, in April, U.S. Labor Secretary Marty Walsh flatly said, "In a lot of cases, gig workers should be classified as employees," aligning with President Joe Biden's efforts to ensure the country's workers -- regardless of the work arrangement -- are treated fairly and paid adequately.

It doesn't take reading between the lines to see Uber's and Lyft's business model, built upon lower-cost contracted labor, is under attack.

Perhaps the most frustrating part for shareholders of either company is that we were just starting to see glimmers of progress toward profitability for the businesses.

Uber CFO Nelson Chai said in the company's second-quarter report, released earlier this month, "we are now well positioned to reach adjusted EBITDA profitability by Q4," while Lyft actually swung to a first-ever EBITDA profit of $23.8 million during the same three-month stretch ending in June.

This progress could come to a screeching halt if contracted gig workers must be classified as employees on the broader scale that seems to loom.

It's the biggest issue investors in either company need to keep close tabs on.