Arweave is the world's first blockweave network and is backed by Coinbase Global's Coinbase Ventures. Traditional blockchain networks, such as Bitcoin, typically have very limited block sizes with averages of 1 megabyte due to cryptography and peer-to-peer validation requirements. So even if the network upgrades to enable smart contract functionality, it will still be impossible to store assets such as non-fungible tokens, or NFTs, on it. 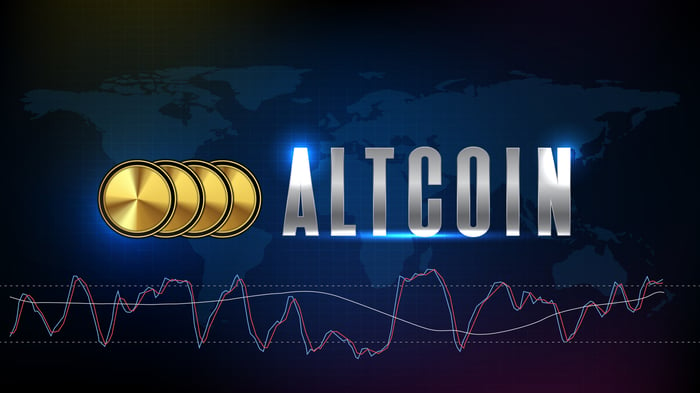 Seeing this problem, Arweave came up with the solution to weave each block with others on the network. This enables the indefinite storage of data on its peer-to-peer network. What's more, smart contracts from other blockchains can potentially call upon the assets stored on its database for execution.

Kusama can be thought of as a sandbox network for blockchain developers, similar to incubators in the tech start-up space. Developers can seamlessly test new features on Kusama before rolling them out on a more widely known network such as Polkadot. It holds auctions on subdivided blockchains called parachains, where decentralized infrastructures can be built. The most prominent project on its network is Centrifuge. This DeFi protocol allows users to tokenize assets such as NFTs and invoices and use them for borrowing or lending purposes, such as to serve as collateral.

As for Cosmos, this is a blockchain-of-blockchains protocol that allows users to take advantage of cross-chain bridges. For example, Bitcoin is known for its slow processing times and high fees, making something as simple as using it to buy a cup of coffee impossible. With the recent introduction of Wrapped Bitcoin to the Cosmos network, this is no longer the case. Wrapping a coin involves launching it on a more efficient network, such as Ethereum's (ETH -2.84%) ERC-20 or BEP-2 (binance chain) while guaranteeing its value to the underlying asset. So users can effectively use Bitcoin as a medium of exchange to interact with decentralized applications (dapps).

Back in 2015, there were fewer than 30 dapps on the blockchain. Today, that number has grown to a stunning 3,500 and covers all sectors from finance to healthcare to gaming. Approximately 6,590 smart contracts are executed each day on these applications, amounting to a staggering annual transaction volume of over $366 billion. So definitely keep an eye out for these promising tokens and the latest developments in the sector.

This Soaring Crypto Just Became an Even Better Buy

Will This Cryptocurrency Be the STEPN of 2023?