Please ensure Javascript is enabled for purposes of website accessibility
Log In Help Join The Motley Fool
Free Article Join Over 1 Million Premium Members And Get More In-Depth Stock Guidance and Research
By Dan Caplinger – Updated Sep 7, 2021 at 9:51AM

All it takes is money -- big money.

The Nasdaq Composite (^IXIC -0.52%) has consistently hit new highs for quite a while since the coronavirus bear market in early 2020. Even when it seemed as though the big rally in the broader stock market was coming to an end, the Nasdaq would bounce back and produce more momentum for stocks to continue moving higher.

Before the market opened on Tuesday morning, it looked as though the Nasdaq might take a bit of a breather, as Nasdaq futures were down about 18 points to 15,633 as of 7 a.m. EDT. However, a trio of Nasdaq stocks were on the move higher, and although the three are of different sizes and types, they all share one thing in common in making their shareholders very happy.

At first glance, the stocks involved don't appear to have anything to do with one another. Match Group (MTCH -2.07%) has become the giant of online dating, with its popular Tinder app driving its performance over the past several years. Just as the need for digital transformation has occurred at the corporate level, people have also found that using the internet for their personal lives has become increasingly easy and important. 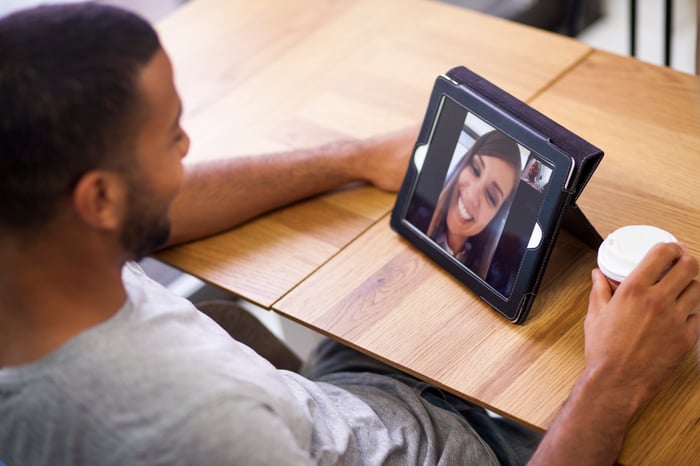 Tandem Diabetes Care (TNDM -0.03%), meanwhile, makes medical devices that deliver insulin to diabetes patients using continuous glucose monitoring systems. The automated device is able to monitor glucose levels in patients and then deliver appropriate amounts of insulin without requiring those suffering from the disease to do injections.

Finally, uniQure (QURE 2.05%) is a gene therapy company. This part of the biotech industry has produced all kinds of big winners, but uniQure has had to tread water lately as a five-month clinical hold from the Food and Drug Administration from December 2020 to late April 2021 for its late-stage hemophilia B candidate therapy weighed on investor sentiment.

What brings these stocks together?

The one common factor that these three stocks share is that their moves on Tuesday stem from a single announcement. The managers of the various S&P stock indexes, including the well known S&P 500, made switches to their index constituent stocks that had an impact on these three companies.

First, Match Group found out it would become part of the S&P 500. The dating company was able to fill a spot vacated by Perrigo (PRGO 1.32%), which had fallen in market capitalization enough to get demoted to the S&P MidCap 400. Match Group's shares soared 13% in premarket trading.

Tandem Diabetes Care didn't make it to the big leagues, but it took another step in the right direction. Tandem will move up to the S&P MidCap 400, replacing Healthcare Services Group (HCSG 0.07%), which will move down to the S&P SmallCap 600. Tandem's shares vaulted 8% higher.

And lastly, uniQure got news it would get to join the S&P SmallCap 600, replacing United Insurance Holdings (UIHC -1.64%), which had gotten too small to stay in the index. Shares of uniQure jumped 11% in premarket trading.

All of the moves will become effective on Sept. 20. That leaves institutional investors a couple of weeks to prepare for the new stocks to replace the old stocks.

The impact is the biggest for Match. Trillions of dollars track the S&P 500, so whenever a stock makes it into the fold for the first time, it can have a dramatic short-term effect on the share price.

But don't underestimate the value of the move for Tandem and uniQure. Smaller companies can get valuable attention from their moves into various S&P indexes.

In some cases, index-driven advances last more than a single day. That makes all three of these stocks worth watching over the next couple of weeks.

Is It Time to Buy the Nasdaq's 3 Worst-Performing August Stocks?
360%