The company announced a delay with resubmitting for FDA approval of its DefenCath antibacterial and antifungal solution.

CorMedix (CRMD 3.73%) stock was getting crushed on Tuesday, with shares down 23.7% as of 11 a.m. EDT. The decline came after the company announced that it "has encountered delays at its third-party contract manufacturer." These delays will push back CorMedix's refiling for U.S. Food and Drug Administration approval of its DefenCath antibacterial and antifungal catheter lock solution by an undetermined amount of time.

Investors don't like uncertainty. CorMedix provided nothing but uncertainty with its announcement today. It's not surprising, therefore, that the biotech stock is sinking. 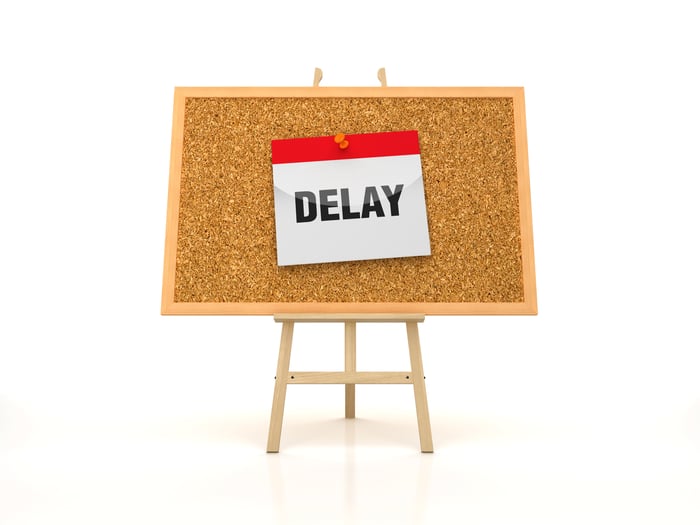 The FDA issued a complete response letter to CorMedix for its New Drug Application for DefenCath in March. The agency said that it had concerns related to the third-party manufacturing facility that produced DefenCath.

CorMedix subsequently met with the FDA about the issues. The company stated in its second-quarter update last month that it expected to resubmit the NDA for DefenCath in the fourth quarter of this year.

However, it now sounds like the problems are bigger than CorMedix initially anticipated. The contract manufacturer told CorMedix that "there are issues that are unrelated to DefenCath manufacturing activities." The challenge for CorMedix is that these unrelated issues now make it impossible for the company to know how long it will be before it can refile the NDA for DefenCath.

CorMedix said in a press release, "We will provide an update when more information becomes available." That's not the kind of message investors like to hear.

There's one positive for CorMedix: Cash shouldn't be an immediate problem. The company reported $78.3 million in cash and short-term investments as of June 30. CorMedix expects this will fund operation at least through next year.

Why CorMedix Stock Was Plummeting on Tuesday