The relaunch of sailings from a key mid-Atlantic port is making investors happy.

In contrast to a sagging S&P 500 index, both of Carnival's (CCL -3.20%) (CUK -2.92%) stocks were on the rise Monday. The pair were each advancing by around 2.5% in late afternoon trading, on the back of encouraging news about the company's sailings.

On Sunday, Carnival happily announced that its first sailing from the Port of Baltimore was to embark later that day. The company's Carnival Pride was scheduled for a seven-day cruise to various ports of call in the Bahamas. 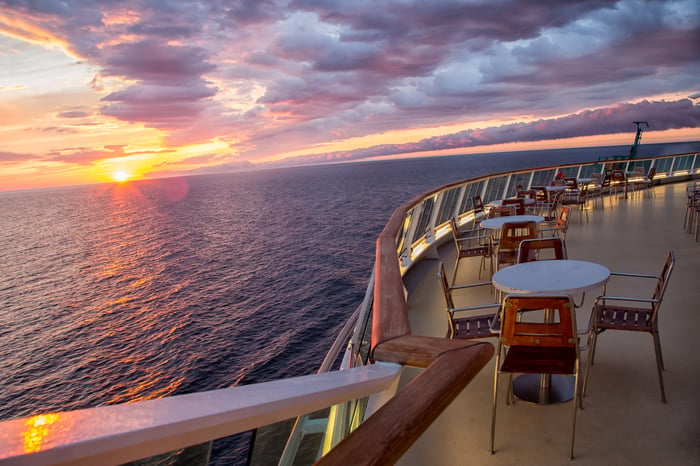 Baltimore, located in the populous mid-Atlantic region, is a critical port for Carnival. The company says it is the No. 1 cruise operator from the facility. Since the start of its operations there in 2009, it has ferried more than one million passengers on its ships.

Carnival claims it is also the carrier offering the widest variety of cruises from the port; from there it sails not only to the Bahamas, but also to other Caribbean locations, New England, and Canada.

The company quoted Carnival Cruise Line president Christine Duffy as saying, "We're thrilled to be back in Baltimore, providing our guests with the relaxing vacation they've been so patiently waiting for but also supporting the local economy and offering our crew members an opportunity to support their families back home."

The Baltimore relaunch isn't exactly news; Carnival had announced it earlier this month. Still, it's an encouraging sign that the company -- and, more broadly, the larger travel industry -- continues to get back on its feet operationally, if not as quickly as some anxious investors might like.