Shares of Argentine stocks shot off like fireworks -- in unison -- Monday, as results rolled out in primary voting for the country's upcoming midterm congressional elections. 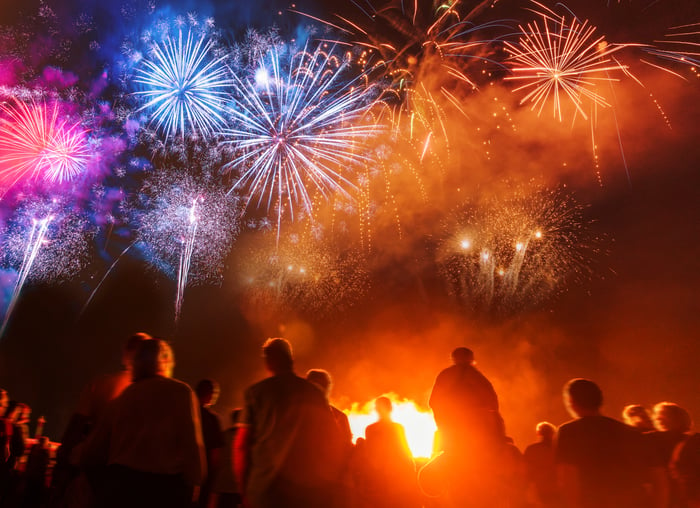 Reuters has the story this morning relating how the center-left government of President Alberto Fernandez suffered a rebuke at the hands of voters, who gave 1.2 million fewer votes to congressional Peronists on Sunday than they gave to Fernandez himself in the 2019 presidential election.

Moreover, because voting is mandatory in Argentina, this isn't a story of simple voter apathy -- fewer people voting. It's a story of voters affirmatively choosing to reject the Peronists in favor of more conservative congressional challengers. In the country's most populous region, around Buenos Aires, conservative challengers thumped progressive opponents by a 5 percentage point margin.

Reuters said the Argentina midterm congressional primaries serve as "a nationwide dress rehearsal ahead of the Nov. 14 midterm ballot, where 127 seats in the Chamber of Deputies are up for grabs out of a total of 257." And if current trends there hold, the government could lose its majority in the Senate as well, helping to "temper the Peronists' more militant wings," the report stated.

"Despite recent signs of an economic recovery and falling coronavirus cases," explained the news agency, "a lengthy recession, rampant inflation and a poverty rate that has risen to 42% have hurt public support for the government." This sets the stage for a change in government in two months, potentially ushering in policies more favorable to investors and the farm sector. It could also smooth the path to Argentina securing financing from the International Monetary Fund, easing access to credit, lowering interest rates, and generally providing a boost to the economy.