Recessions have several causes, but one stands out in particular right now. According to the National Bureau of Economic Research, a recession can be caused by an overheating economy where demand outstrips supply, causing price inflation.

That scenario is eerily familiar to what is going on in the U.S. economy right now. Prices are going up broadly for things like used cars, fuel for your car, and vacation stays. Indeed, the U.S. Bureau of Labor Statistics reported the 12-month change in the consumer price index was 5.3% in August.

Although we are just rebounding from a recession caused by the pandemic, the economy can go into another recession not long after. Here's why Netflix's (NFLX 1.35%) business could perform better than Disney's (DIS 3.49%) during the next recession. 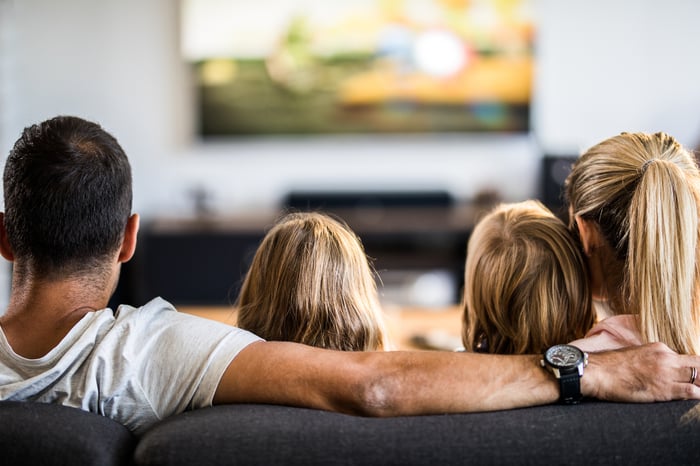 A Netflix subscription can entertain a whole family for less than $1 per day. Image source: Getty Images

Netflix is the lower-cost entertainment option

Netflix's one business segment is its streaming services, which range in price in different regions. Common among all regions is that you can be a subscriber for less than $1 per day. It has enough content to entertain the family, and it constantly updates the service with new and changing movies and shows. Therefore, if your income is falling during a recession, one of the last things you will cancel is probably the Netflix subscription.

By contrast, Disney has a broad business empire that includes theme parks, resorts, cruise ships, and merchandise in addition to its streaming services. It's no secret that a visit to a Disney theme park can be pricey. Any of my readers who have taken a family trip to one of them need no convincing of that. It's more likely that when family incomes are falling during a recession, a trip to a Disney park gets delayed or canceled altogether.

It's a trend that harms Disney more than Netflix. Even though its theme parks were severely constrained in the most recent quarter, the segment still brought in 34% of Disney's overall revenue. Sure, it would be fun to visit Disneyland or Walt Disney World, but when incomes are falling, the most fun thing is not what always gets chosen. Unlike during expansions, in recessions folks choose the option that costs less. For that reason, Netflix is more recession-proof than Disney.

For those following Netflix and Disney, this is a thing to watch. If you own Disney stock, be aware that revenue could temporarily dip during a recession. That awareness should help you cope with increased volatility in Disney's stock price during that time.

Netflix's revenue and profits are not likely to decrease significantly. If its stock price crashes as the market sentiment turns sour in a recession, it could be an opportunity to buy the stock.

Still, investors should evaluate the companies when the time comes, but awareness of how consumers might respond in different economic scenarios is a good planning exercise to undertake.