Avalanche's AVAX token is now up roughly 1,870% year to date.

Avalanche (AVAX 2.37%) announced on Thursday that it had completed a $230 million private sale of its AVAX cryptocurrency. The token is making big gains following the news and traded up roughly 12% over the previous 24-hour period as of 6 p.m. EDT today. The token was also up roughly 57% over the past seven days of trading.

The company's blockchain platform provides relatively fast solutions for smart contracts and is attracting interest as a network for application development for non-fungible tokens and decentralized finance. News of the major capital injection courtesy of big investment from a group of private investment firms signaled a significant vote of confidence from some well-connected sources, and the AVAX token currently trades at a lifetime high. 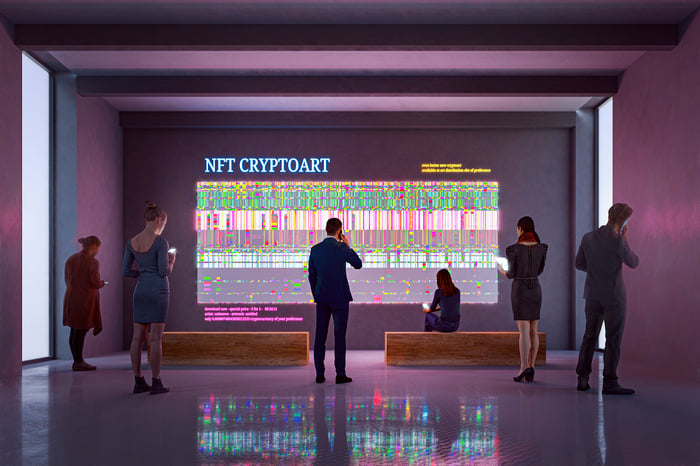 The $230 million private investment in The Avalanche Foundation was led by Polychain and Three Arrows Capital and included a handful of other participants. The Avalanche Foundation, which maintains and develops the Avalanche blockchain, has said that it will use the funds to promote the growth of DeFi and business applications, as well as other uses, for its network.

Developers and investors have been flocking to the Avalanche network and its AVAX cryptocurrency amid a surge of interest in DeFi and NFT development initiatives. The crypto token's value has surged roughly 247% over the last month.

AVAX now has a market capitalization of roughly $13.9 billion and ranks as the 13th largest overall cryptocurrency by market cap. With rising visibility, fast processing times, and favorable growth trends for DeFi and NFT projects, it's possible that AVAX has more big gains ahead.

On the other hand, more risk-conscious investors might want to weigh the crypto token's explosive recent growth and the competition that Avalanche faces in its corner of the blockchain network space before making any big moves.

With This 1 Move, Avalanche Is Making It Possible for Everyone to Invest Like Billionaires

Missed Out on Ethereum? Here's What to Buy Now