Kroger (KR -2.09%) gave investors some good news in its latest earnings report. The supermarket giant raised its outlook for the second straight time in 2021 while proving its competitive strength against rivals like Walmart (WMT -2.33%). Sales, earnings, and cash flow metrics are all heading higher after shoppers spent freely on eat-at-home products through mid-August.

However, profits have been pressured by that market share battle, and Kroger still has a lot of ground to cover in its profitability gap compared to Walmart, Costco Wholesale, and others. In an investor presentation, CEO Rodney McMullen and his management team explained how they plan to catch up while boosting shareholder returns. 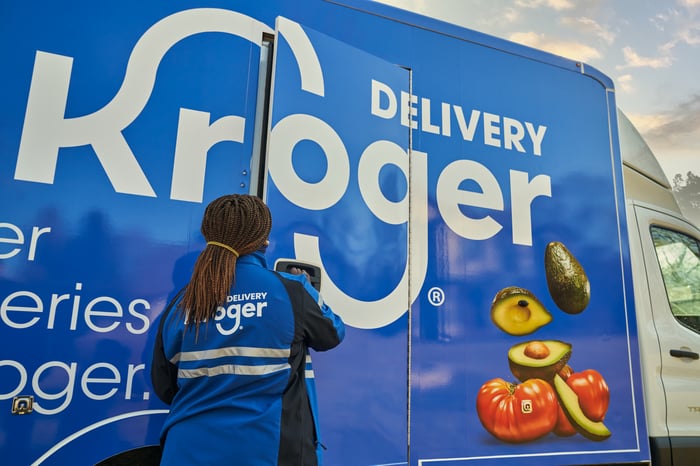 Let's look at three key highlights from that presentation.

A key worry heading into the announcement was that Kroger was still losing market share to its main rival, Walmart. The retailing titan said in its last report that it was gaining customers in its fresh produce arena, after all. 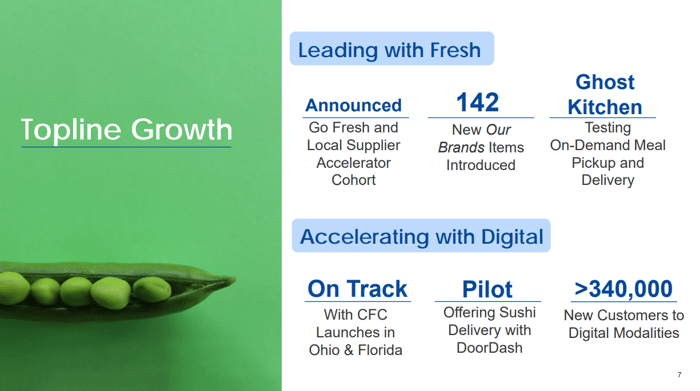 Executives broke down what they see as the core investing thesis in the business, namely that earnings can grow by between 3% and 5% annually even as direct cash payments push total shareholder returns to roughly 11%. That formula relies on comparable-store sales growth that's modestly higher than the 2% boost investors saw in 2019, plus cost cuts. 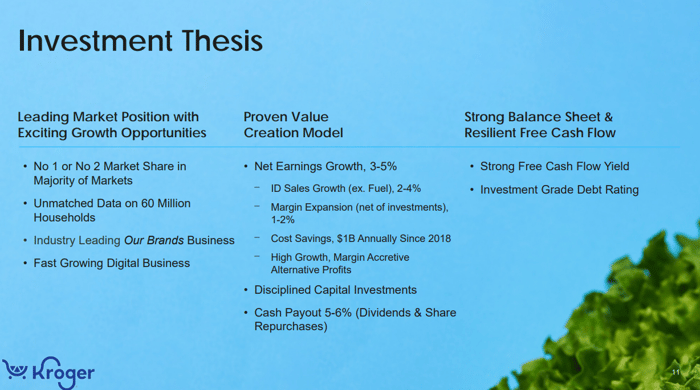 Kroger is aiming to boost its core operating margin by 1 to 2 percentage points, which would put it closer to Costco and Walmart. But the grocery giant doesn't seem to have as much room here as peers like Target, which cover a wider range of niches including electronics and home furnishings. That's a major drawback in today's booming economy, but Kroger is hoping to reduce that disadvantage over time.

Management said that demand for food prepared at home and/or delivered to the home seems to be persisting even as consumers return to more normal mobility patterns. That positive trend is the main reason Kroger now expects sales to dip just 1% in 2021 after soaring last year. Earnings and free cash flow each received significant upgrades, too, although profit margin is being held back by pricing pressures. Kroger needs to keep its price hikes modest so that customer traffic stays healthy. 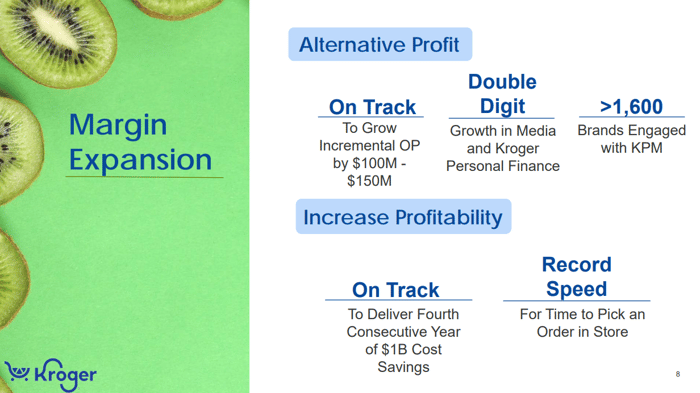 The stock's path from here might come down to its ability to move that margin number higher over time. Its rivals have paved the way, showing how profitability can jump with a more integrated digital selling channel and premium merchandise and delivery options. Kroger still hasn't demonstrated that it can succeed in the same way, though, and so Wall Street isn't fully buying into its growth thesis just yet.