Please ensure Javascript is enabled for purposes of website accessibility
Log In Help Join The Motley Fool
Free Article Join Over 1 Million Premium Members And Get More In-Depth Stock Guidance and Research
By Todd Campbell – Sep 18, 2021 at 8:45AM

In October, Social Security may award retirees the biggest increase in benefits since the 1980s. On Tuesday, the Bureau of Labor Statistics updated the key inflation measure -- CPI-W -- used by Social Security to determine annual cost-of-living increases.

The latest figures, which reflect how much working households spent on goods and services in August, suggest Social Security benefits could increase over 5% in 2022. Here's how Social Security calculates it's annual increase and what an increase may mean for the average retiree. 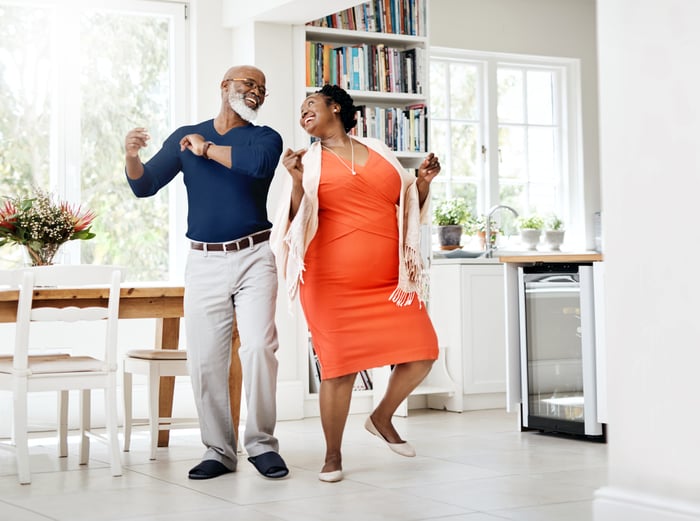 Social Security is awarded to retired workers who accumulate 40 credits. These credits are awarded to people working in jobs subject to payroll taxes, and workers can earn up to four credits every year. In 2021, one credit is awarded for every $1,470 in income subject to payroll taxes, so you'll need to earn $5,880 to receive all four credits this year.

Once you've accumulated your 40 credits, you can begin receiving Social Security as early as age 62. However, you'll only receive 100% of your monthly benefit if you wait until full retirement age, or FRA, to claim them.

Social Security is designed to replace roughly 40% of the average retiree's pre-retirement income. However, lower-income earners could see a higher percentage of their income replaced than higher income earners because of something called bend points, which limit the amount of historical income you can use in your benefit calculation.

Prior to 1975, Social Security's cost-of-living adjustments (COLA) were granted by legislation in Congress to ensure Social Security benefits didn't lose their purchasing power because of inflation. Since then, COLA increases are determined by changes in the Consumer Price Index for Urban Wage Earners and Clerical Workers, or CPI-W, a common inflation measure calculated monthly by the Bureau of Labor Statistics.

To determine whether or not to award an annual COLA, Social Security compares the monthly CPI-W data for the third quarter of the current year to the third-quarter from the most recent year in which a Social Security increase was last awarded. Because a COLA was awarded last year, this year's CPI-W will be compared to 2020's third-quarter numbers.

We won't know for sure if the Social Security Administration will grant a COLA until September's CPI-W is reported in October. However, the CPI-W readings over the past three months suggest an increase is on the table, and if so, it could be a big one.

August's CPI-W was 5.8% higher than one year ago and since June, the average CPI-W is 5.98% higher than the same three-month stretch in 2020. If these were the final third-quarter figures, then the corresponding 5.9% increase to retiree benefits would mark the largest COLA awarded since a 7.4% increase was granted in 1982. 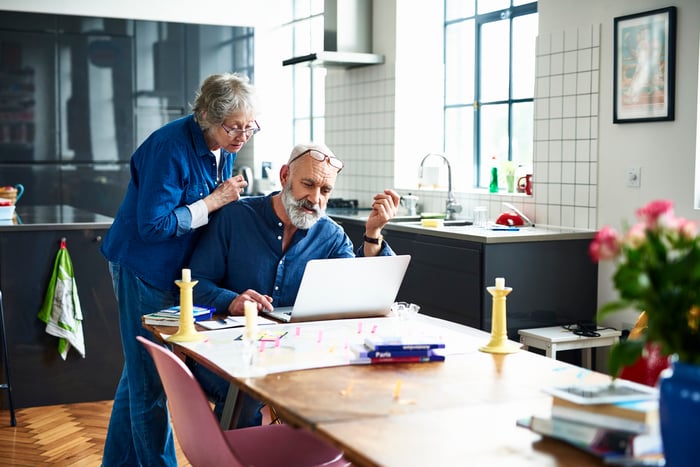 What it means to average retirees

Nobody will complain too loudly about a 5.9% increase to retirement income, but we ought to bear in mind that the average Social Security recipient pocketed $1,558 per month in August, so many people will see an increase of less than $25 per week.

More discouraging, however, is that a good portion of that increase could wind up covering higher costs for everyday goods and services, including energy and healthcare. For example, the CPI index for electricity was 5.2% higher year over year in August, and the index for natural gas increased over 21% year over year last month.