These companies have underperformed the market, but long-term prospects remain bright.

Following Warren Buffett's stock picks seems like a splendid idea. Known as the Oracle of Omaha, he's built up quite an impressive track record in his long investing career running a partnership, then as head of Berkshire Hathaway (BRK.A -0.67%) (BRK.B -0.87%), since 1970. The business owns equity securities valued at nearly $308 billion as of June 30.

As a cautionary note, you shouldn't buy stocks merely because someone else owns them, even if that person is Warren Buffett. After all, he does make mistakes. However, these three stocks, despite Berkshire's high profile, have been underappreciated by the market and seem poised to have nice gains. 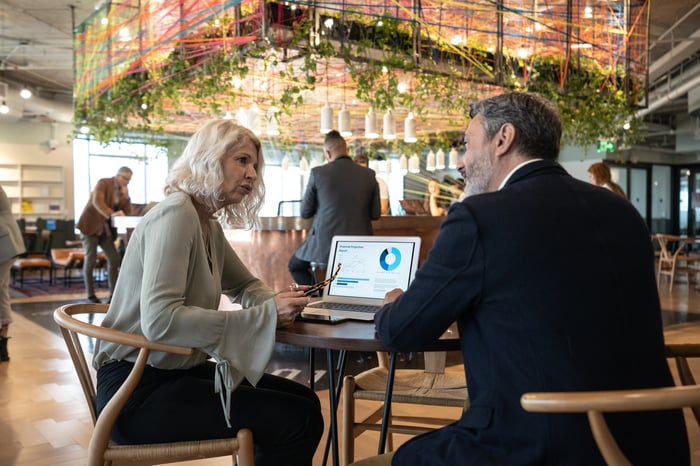 Coca-Cola (KO 0.28%) is a longtime Berkshire Hathaway holding. In fact, it accounted for 8% of its more than $300 billion portfolio at the end of the second quarter.

The pandemic, which affected so many people's lives, also impacted Coca-Cola's business. Widespread shutdowns, including for restaurants, stadiums, and other venues, hurt the company's revenue. Before COVID-19, away-from-home venues accounted for about half of Coca-Cola's top line. That was a big reason that its second-quarter 2020 adjusted revenue fell by 26%.

Revenue has recovered nicely since then. In this year's second quarter, sales grew by 37% to $10.1 billion as the economy improved and restrictions were lifted.

While the latest surge in COVID cases creates some near-term uncertainty, Coca-Cola remains in a strong position to do well in the long term. That's because it has four out of five of the world's best-selling soft drink brands (Coke, Diet Coke, Fanta, and Sprite). It doesn't just sell soda, either. Management has adapted to changing consumer tastes by selling water, sports drinks, juice, and plant-based beverages, among others.

Meanwhile, you can keep collecting ever-higher dividends. The company has increased payments for 59 years, making Coca-Cola a Dividend King. The stock has a 3% dividend yield.

Part of the problem stems from the issues its COVID vaccine had, including hitting a snag after there were reports that it was associated with blood clots. Those caused the U.S. Centers for Disease Control and Prevention and the Food and Drug Administration to call for a temporarily pause in the shots. COVID also temporarily hurt results for a variety of reasons, including fewer elective operations.

But Johnson & Johnson's long-term prospects look good, and the stock trades at a discount to the S&P 500. My confidence is due to the company's three world-class businesses: pharmaceuticals (which produces drugs to treat diabetes, cancer, and heart disease, among others), medical devices (like those used in orthopedics and surgery), and consumer products (a host of well-known brands like Band-Aid, Nicorette, Tylenol, Listerine, and Stayfree).

In the most recent period. Johnson & Johnson's adjusted sales rose by nearly 24% to $23.3 billion. All segments had strong growth, with medical devices' top line increasing by about 59%.

For dividend-seeking investors, Johnson & Johnson is another Dividend King. Like Coca-Cola, it has raised the payment for 59 straight years. The company has a 2.6% dividend yield.

Moody's (MCO 2.62%) returned 33% over the last year, which has pretty much matched what the S&P 500 has done. However, the company has several things going for it that should propel market-beating gains.

It is known for its rating service, which analyzes and measures the riskiness of all kinds of debt. This business generated more than 60% of last year's revenue.

Since many companies and governments want their debt rated, this is a good business. Better still, Moody's and S&P Global (SPGI 2.77%) dominate the market with each having a 40% market share. Then there is its analytics division, accounting for about 40% of revenue, that provides data to clients to enable faster and better decisions.

In the second quarter, revenue grew by 5% after excluding the impact from foreign exchange. But the rating business was hurt by lower corporate issuance. The analytics business saw adjusted revenue increase by 13%.

Looking back to 2020, annual revenue was up by 11%, consistent with its longer-term growth rate. For this year, management expects a double-digit percentage increase in revenue.

Investors can learn a lot by listening to Warren Buffett's investment advice and watching his moves. It's important to come to your own conclusions, however. If you've played chess, you know copying your opponent's moves leads to a loss. Similarly, blindly emulating someone else's investments won't necessarily bring about success since that person can swiftly change course.

After doing some homework, these stocks continue to offer promise, and two of them offer nice dividend yields while you wait for the market to catch up.