AstraZeneca (NASDAQ:AZN) is making headlines again, and this time it has nothing to do with the big pharmaceutical company's COVID-19 vaccine. The European Society for Medical Oncology held its annual conference over the weekend and Enhertu, a new breast cancer drug from AstraZeneca and Daiichi Sankyo (OTC:DSNKY) has the international medical community buzzing with excitement.

Why's everyone talking about the latest set of clinical trial results from AstraZeneca and Daiichi Sankyo? Read on to find out. 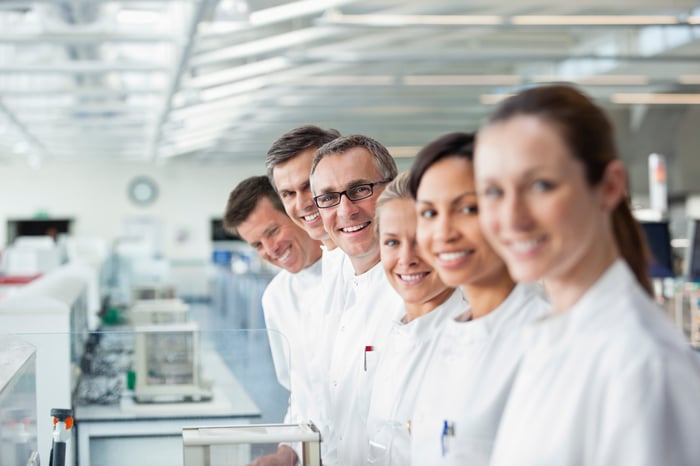 Years ago, AstraZeneca and Daiichi Sankyo set out to prove Enhertu is a more effective breast cancer treatment than Kadcyla. Results presented this weekend showed the partners succeeded beyond a shadow of a doubt. Among HER2-positive patients in the second-line setting, treatment with Enhertu slashed the risk of disease worsening or death by a stunning 72% compared to standard care.

This is a really big deal because Kadcyla, from Roche (OTC:RHHBY) isn't exactly ancient chemotherapy. The FDA approved it just eight years ago to treat HER2-positive breast cancer patients. It's made from Herceptin, an antibody that targets the HER2 receptor, linked to a little chemotherapy grenade.

Enhertu's also a next-generation antibody-drug conjugate (ADC) that targets HER2 with a similar antibody plus a new and improved chemotherapy agent that works better than anyone could have hoped for. The risk reduction posted over the weekend suggests Enhertu will become the new standard of care for HER2-positive breast cancer patients in this important setting.

Overall survival benefits are what matters most to cancer drug sales, but this information takes a lot of time to produce. After one year of treatment, 94.1% of patients treated given Enhertu were still alive compared to 85.9% of patients. So far it looks like Enhertu reduces HER2-positive patients' overall risk of death by more than half, but it's still too early for the statisticians to say for certain.

While overall survival is key, patients and their oncologists will appreciate the dramatically improved response rates right away. A stunning 80% of patients given Enhertu had measurably smaller tumors compared to only 34% of those who received Kadcyla. AstraZeneca's drug even helped 16% of patients achieve complete remission. 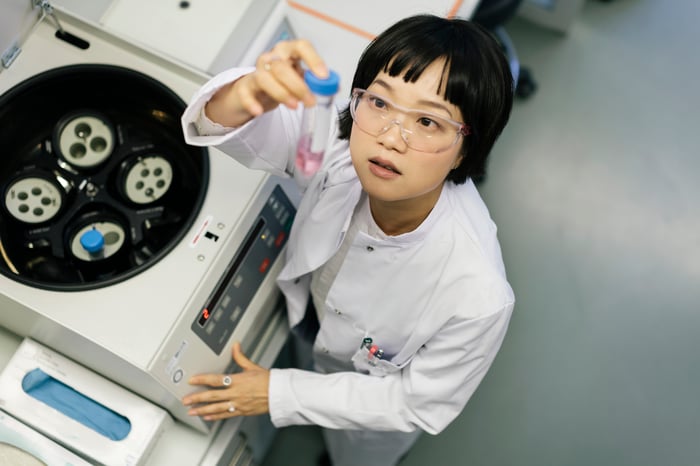 The clear benefits AstraZeneca recently presented for patients randomized to receive Enhertu will most likely make it the new standard of care in the second-line setting for thousands of HER2-positive breast cancer patients. In the first half of 2021, Roche reported $1.0 billion in Kadcyla sales.

When it comes to cancer drugs, longer treatment durations really drive up sales over the long run. As measured by investigators who ran the trial, a majority of patients given Enhertu didn't stop responding to treatment for at least 25.1 months. Median progression-free survival for patients given Kadcyla was just 7.2 months.

Fly in the ointment?

In the first half of 2021, sales of Enhertu trickled in at just $89 million. Moving up to the second-line HER2-positive breast cancer indication could tack on an additional $1.0 billion annually but only if oncologists aren't dismayed by a persistently high rate of ILD.

In a previous trial with more heavily pretreated patients, 10.9% of patients experienced mild cases of ILD plus 2.2% had ILD and then died. In the latest readout, AstraZeneca reported 10.2% of second-line patients who received Enhertu presented with mild ILD. That was about five times higher than the ILD rate observed for Kadcyla. On an encouraging note, though, there weren't any ILD-associated deaths among patients who received Enhertu this time around.

It's still a little too early to predict mega blockbuster sales for Enhertu. Luckily, AstraZeneca has plenty of already successful cancer drugs pushing its needle forward.