Despite slowing growth, major investment firms have been buying shares of Netflix this year.

Netflix (NFLX 1.09%) has dominated the streaming market over the last decade and has gained a massive amount of subscribers. The stock has already delivered monster returns to investors in recent years, but some of the brightest minds still see upside.

Two notable investment firms with long-term track records of beating the market have been buying shares this year. Oakmark and Ruane, Cunniff & Goldfarb added shares of Netflix in the second quarter. These two firms are known for investing in quality stocks trading at discounts to their intrinsic value, but why buy Netflix in 2021? This isn't an up-and-coming entertainment juggernaut anymore.

However, even after a decade's worth of multibagger gains, it possesses enduring qualities that should allow the business to grow much more valuable over the next 10 years. It has a forward-thinking corporate culture, improving profitability to increase its content budget, and a growing streaming market to deliver market-beating returns. 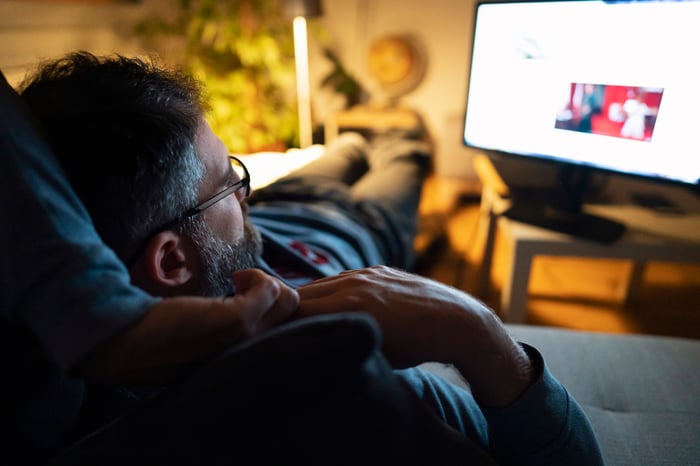 Netflix's willingness to experiment has been a key factor to its success. It says learning through data is in its DNA. Data science informs new streaming features and even the images that showcase each title on the screen. "Our quasi-experimentation helps us constantly improve our streaming experience, giving our members fewer buffers and ever better video quality," the company said on its tech blog earlier this year.

Its business is centered around solving one problem: how to keep more than 200 million subscribers glued to the screen for as long as possible. The company has defined its competition as anything people do with their free time besides watch Netflix. To keep innovating and delighting subscribers, the company relies on a team with a wide variety of skills. "We come from many academic backgrounds, including economics, radiotherapy, neuroscience, applied mathematics, political science, and biostatistics," the company says.

This explains why Netflix has appeared to be so far ahead of the game through its history. It went from pioneering the concept of DVDs by mail to streaming, and now sees a way to use video games to further entertain subscribers. This forward-thinking culture should keep it ahead of other services in the long-term battle for viewers' time.

Unlike other services, Netflix spreads a very wide net to win subscribers. It follows a something-for-everyone content selection strategy. Even with production running slowly during the pandemic, the company spent $12.5 billion on content last year, which is spread across low- to mid-budget documentaries, movies, and shows across all genres. This differentiates it from other services like Walt Disney's (DIS 0.85%) Disney+, which is focused on high-dollar productions. Plus, Netflix's annual budget will increase as the business continues to gain subscribers, which might open the door for it to expand its content ambitions down the road.

Netflix is the leader in a growing market

The streaming video market is estimated to grow around 18% per year over the next several years. A year ago, RBC Capital analyst Mark Mahaney estimated that Netflix could reach around 500 million subscribers by 2030. That means it needs to grow just 10% annually to reach that subscriber level, which should be easily achievable.

It's also worth noting that streaming is still in its infancy. Linear TV still hasn't shifted to an all-streaming format, but this is probably inevitable given the value proposition of digital services and cord-cutting trends that continue to pressure cable services. Because of these trends, Netflix could be making money from certain types of content that no one is talking about right now.

Who knows, maybe Netflix cracks the code on sports at some point. There are a lot of ways this top streaming service can keep growing and engaging subscribers, which is why it's a stock worth holding for the long term.