Additional data is promising. But will investors trust it?

Shares of Cassava Sciences (SAVA -1.98%) -- the biotech company responsible for Alzheimer's drug candidate simufilam -- are up 15% as of Thursday's market close after the company released interim data from a study funded by the National Institutes of Health.

Its treatment focuses on restoring the shape of a scaffolding protein in the brain. The theory is that the misfolding of that protein leads to inflammation and degeneration of neurons in the brain. 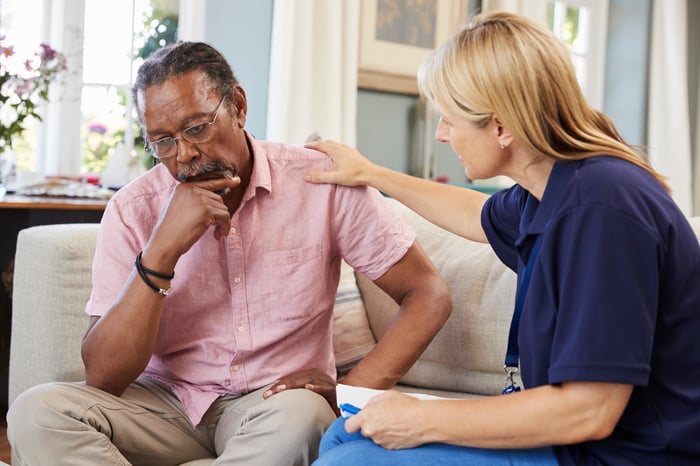 According to management, data from the first 50 patients to receive treatment, who had mild to moderate Alzheimer's, showed improved cognition scores after 12 months. It reported 68% of those patients saw improvement.

The results come after a great deal of controversy last month over  images used in its data. The fireworks started after law firm Labaton Sucharow filed a citizen petition with the Food and Drug Administration. The firm said in an Aug. 26 press release that it represented clients who have short positions in Cassava Sciences, and would thus benefit from a falling stock price.

Elisabeth Bik -- a microbiologist known for her work in identifying manipulated images in scientific publications -- took up the cause and found a lot to question. While there are those who believe the company faked parts of its research, others say short-sellers are manipulating the stock price for gain.

In its press release yesterday, Cassava noted that to "emphasize impartiality, changes in ADAS-Cog scores baseline to month 12 were independently analyzed by two consulting biostatisticians." That language might not be enough to assuage doubters.

It's an open-label study. That means both the volunteer and the researcher know that the patient is receiving the treatment. It's the opposite of the gold-standard double-blind study the FDA usually requires for approval, where no one knows who is getting a placebo. Cassava is comparing results to a 2010 study of Alzheimer's patients that did include a placebo cohort. The company noted that "we look forward to the initiation of a randomized, double-blind, placebo-controlled pivotal Phase 3 clinical program with simufilam in people with Alzheimer’s disease.”

One bright spot is that the data continues to prove there are no safety concerns with patients receiving simufilam. Management says it's on track to begin a more robust phase 3 trial sometime in the final quarter of this year.