Even though these growth stocks are overpriced, they may still be worth buying today.

Valuation multiples can help compare stocks and provide ways for investors to identify value. But there can be a danger in focusing on them too much; if you only invested in stocks that traded at low earnings multiples, you could miss out on fast-growing businesses with lots of long-term potential.

That's why an argument could be made that growth stocks like Amazon (AMZN -1.44%) and Intuitive Surgical (ISRG -0.82%), which aren't cheap by any stretch, may still deliver good returns for investors who hang on to these investments long enough. 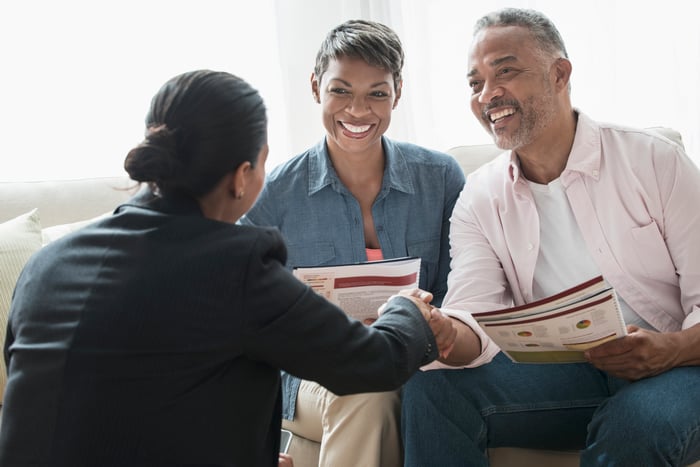 Healthcare stock Intuitive Surgical trades at a price-to-earnings ratio (or P/E) of 76. That's extremely high when you consider that the average holding in the Health Care Select Sector SPDR Fund trades at just 27 times its profits. Value investors may be tempted to skip over Intuitive Surgical given such a high valuation.

But the robotic-assisted surgery company is still in its very early growth stages. Analysts from Market Research Future project that the surgical robotics market will grow at a compound annual growth rate of 17% until 2027. And by then, it will still be worth only $13.7 billion. Healthcare giant Johnson & Johnson records more revenue in just a three-month period.

Intuitive Surgical is a long-term play. It could take more than 10 years for this company to really take off and be anywhere near the top players in the healthcare industry. But it has been generating good numbers already. During the trailing 12 months, the company has reported earnings of $1.6 billion on sales of $5.2 billion for an impressive profit margin of more than 31%. That's far better than the 20% of revenue that Johnson & Johnson has been banking as profit over the past year.

Key to Intuitive Surgical's growth are its da Vinci systems, which help surgeons perform complex and delicate procedures, utilizing robotics. The pandemic has negatively impacted its business as hospitals have pushed off procedures. Yet for the quarter ended June 30, the company shipped 328 of its surgical systems -- an 84% increase from a year ago. And the number of da Vinci procedures was also up 68% from the prior-year period. That boosted Intuitive Surgical's revenue by 72% to $1.46 billion.

Demand for the company's da Vinci systems looks to be strong, and that's why this could make for a promising growth stock to hold for many years to come.

Online retail giant Amazon is never a cheap stock to own. Its P/E of 58 is a bit lower than it has been in previous years, but that's largely to do with the surge in consumer purchases during the pandemic -- which have given its profits a big boost. In the past, it wouldn't be uncommon for the stock to be trading at more than 100 times its earnings.

In 2020, the company's net sales of $386 billion were more than double the $178 billion it reported just three years earlier. Doubling revenue for a company of Amazon's size is no small feat. What's even more impressive is that during that time, its bottom line skyrocketed from just $3 billion to more than $21 billion.

And while Amazon has been diversifying its business to include its subscription-related products, Amazon Web Services, and the grocery business (through Whole Foods), the company's online stores and third-party seller services still make up more than 70% of its top line.

The company's wide array of expertise and resources gives Amazon many ways it can enter new markets and segments. One of its most recent areas of interest has been healthcare. Last year, it launched Amazon Pharmacy, a delivery service to help customers stay on top of their prescriptions. There were also rumors earlier this year that the business would take it even a step further and launch physical pharmacies, potentially going up against retail pharmacy chains Walgreens Boots Alliance and CVS Health.

For a business that has $90 billion in cash and marketable securities on its books as of June 30, Amazon can entertain any growth opportunity it wants. Amazon's stock will always command a premium as its business is synonymous with innovation. Given its dominance in the online world and many growth opportunities still out there, it is another stock that could be worth just buying and holding onto for many years.