Wall Street analysts don't have a crystal ball that allows them to accurately predict how stocks will perform. They're not always right. However, they do spend a lot of time crunching numbers to develop price targets for various stocks.

Sometimes, analysts don't foresee much movement over the near term. But there are some stocks that they believe have so much potential that they're likely to explode higher. Here are three stocks that Wall Street analysts think will soar 41% to 64% within the next 12 months. 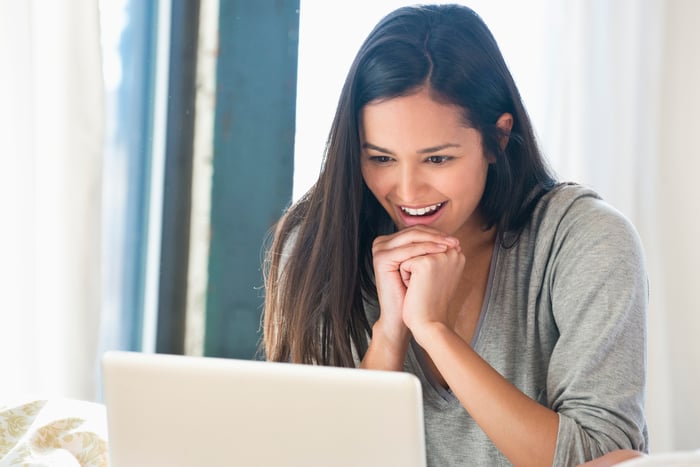 The consensus Wall Street 12-month price target for Skillz (NYSE:SKLZ) is $18. That's 64% higher than the current share price. Why are analysts so bullish about this gaming stock even after it plunged 75% from highs earlier this year?

For one thing, Skillz continues to deliver sizzling growth. The company reported its 22nd consecutive quarter of revenue growth in the second quarter. Sales soared 52% year over year to $89.5 million. Skillz expects full-year 2021 revenue growth of close to 63%.

Analysts could also like the company's business development moves. Skillz recently acquired Aarki, which operates an artificial intelligence-based marketing platform for engaging mobile users. It also invested in Exit Games, a German company with a platform for developers to create and host multiplayer games.

Skillz has a couple of other efforts that could provide a spark to its share price in the coming months as well. The company launched its partnership with the National Football League. It also rolled out a mobile version of the old-school arcade game Big Buck Hunter: Marksman.

The average analysts' price target for SoFi Technologies (NASDAQ:SOFI) reflects a 37% premium to the current price of the stock. At least one firm -- Jefferies -- is even more bullish, initiating coverage this week with a target 47% above the current share price.

That growth should continue. The future opportunities for fintech companies are tremendous. Online lending and investing, along with digital payments, remain in their early stages.

SoFi also has one thing that sets it apart from other fintech companies. Its Galileo unit provides services for other fintech platforms. Galileo now has nearly 79 million accounts, more than twice as much as a year ago.

Trupanion (NASDAQ:TRUP) stands out as another stock that Wall Street thinks will take off over the next 12 months. The consensus price target for Trupanion is nearly 49% above the current share price.

Like Skillz and SoFi, Trupanion is well off its highs from earlier this year. However, the pet medical insurer continues to deliver strong growth. Trupanion's revenue jumped 43% year over year in Q2. Its total enrolled pets increased 38% to more than 1 million.

In the U.S., only around 1% of all cats and dogs are covered by medical insurance. The number is a little higher in Canada but still much lower than in European countries. Trupanion could prove Wall Street's optimism is warranted if it continues to cover greater numbers of pets in the U.S. and Canada.