Dell is set to spin off VMware in November, and shareholder returns could follow.

Dell Technologies (DELL -0.80%) shareholders are about to realize a corporate event they've been looking forward to for over a year now: the tax-free spinoff of Dell's 80.6% stake in virtualization software company VMware (VMW -0.69%). Dell's stock has already done quite well in 2021, up more than 40% on the year, in anticipation of the move.

Yet assuming VMware continues to trade at its current market cap post-spin, the remainder of "core" Dell still looks like quite a cheap stock. Last week, management held an analyst day, touting its outlook for the core business, as well as the future implementation of a large share repurchase plan and initiation of what looks to be a hefty future dividend. 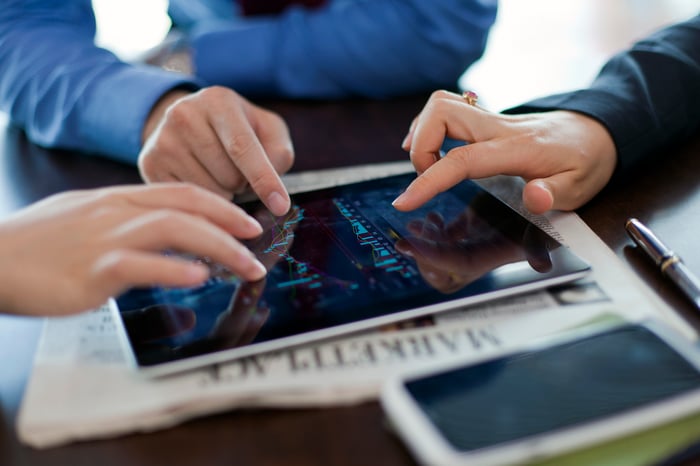 Dell will have two main segments post-spinoff: its infrastructure group, and its personal computing group. The infrastructure group makes servers, storage, and networking hardware and software for enterprises, and the personal computing group largely makes PCs for consumers and businesses, though there are lots of product categories within those two groups.

Based on the stock's implied valuation post-spinoff, and using the annualized second-quarter earnings of these two segments, "core" Dell is trading at only 8 times earnings and 6 times enterprise to unlevered free cash flow.

That's very cheap, and it implies a stagnant growth profile. Some may think that since Dell is already large, with leading market share in both of its core segments, that there isn't any more room to grow in the unexciting world of on-premise servers and PCs.

Management believes differently. At its analyst day presentation, management pointed out that even though it has leading share in most categories, it has only a mid-20s market share in commercial PCs, mainstream servers, and external storage solutions. Despite its large share, Dell has gained 5.4 percentage points in commercial PCs, 5.6 points of share in mainstream servers, and 18.1 points of share in HCI, or hyperconverged systems over the past five years.

Furthermore, management believes the core infrastructure group should continue to grow, thanks to the growth of edge computing and 5G telco deployments, which are extensions of modern data centers. Dell thinks these new growth areas could grow at a higher pace than the core market's projected 3% growth, taking Dell's growth forecast of its total addressable market to 6% annually over the next four years. For a company trading at only 8 times earnings, that's a pretty good growth rate.

Dell could have a 3.3% dividend soon

As part of the spinoff, VMware will pay roughly $11.5 billion to its shareholders as a special dividend, so Dell will receive about $9.3 billion in the transaction. That special payout, negotiated as part of the deal between the two companies, will help go along way toward paying down Dell's massive debt load, which was a result of its 2016 acquisition of EMC, which brought VMware along with it in the first place.

Dell has paid down $25 billion since the transaction, and management hopes the special dividend will spur the rating agencies to upgrade Dell's debt profile to investment-grade. Once Dell has achieved that, and has brought its leverage ratio down to 1.5 times adjusted EBITDA, management then plans to return cash to shareholders.

When it will happen

Dell expects the spinoff to close in early November, provided the company gets a private letter from the IRS that officially rules the spinoff tax-free. Should that go through, standalone Dell looks to be a high-dividend stock to watch for value investors -- despite its impressive recent run.