The latest estimates say Social Security's reserves will dry up one year earlier than expected. What does that mean for your retirement?

You may have heard the scary news that Social Security is running out of money. A trustee's report released in late August said that the Old Age and Survivors Trust Fund, which pays retirement and survivor benefits, will be depleted by 2034. That's one year sooner than last year's projections called for, due largely to the impacts of COVID-19.

If your retirement is a decade or more away, you may be wondering whether you'll ever get any of the money you've paid in. Read on to learn whether you should count on getting Social Security someday. 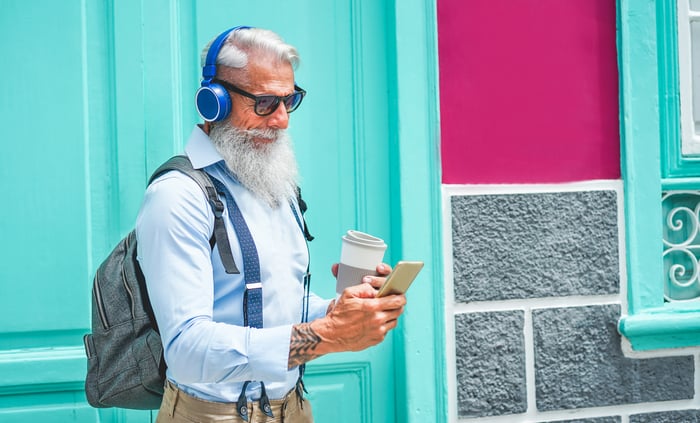 Why Social Security will be around for you

While the latest estimates say Social Security's trust for retirement and survivor benefits will run dry in 2034, that doesn't mean Social Security will go broke by then. Social Security is a pay-as-you-go program that's funded by payroll taxes.

Workers will continue paying into the system, of course. But come 2034, taxes will only be enough to pay 76% of the benefits Social Security has promised.

What that means is that if current trends continue and Congress doesn't act in the next decade or so, you could still expect to receive benefits. But Social Security would only have enough to pay 76% of your benefits.

It seems unlikely that politicians won't be forced into action before then, though, given the program's reputation as the third rail of American politics. A 2019 poll by the Pew Research Center found that 74% of adults oppose reducing benefits in any way. Even among adults ages 18 to 29, the group furthest away from retirement, maintaining benefits has widespread support, with 65% of respondents saying Social Security shouldn't be cut.

How can Congress fix Social Security?

There are plenty of ways Congress could address Social Security's shortfall. However, no one solution is a silver bullet.

One possibility is a payroll tax increase. In 2021, workers pay 6.2% of the first $142,800 of earnings, which employers match. Congress could generate more money for Social Security by increasing the tax rate.

Increasing the income ceiling or eliminating it altogether could also be on the table. President Joe Biden's campaign platform called for imposing Social Security taxes on wages above $400,000.

Another option is to raise the full retirement age, something Congress hasn't done since 1983. Full retirement age is 67 for anyone born in 1960 or later. Or lawmakers could increase the minimum age for collecting Social Security, which is currently 62.

What Social Security's shortfall means for you

Even if you don't trust Congress to take action before 2034, you can still count on collecting about three-quarters of your promised benefit. But keep in mind that even at current levels, benefits aren't exactly generous. The average retirement benefit as of December 2020 was just $1,544.

Social Security benefits lose buying power year after year as cost-of-living adjustments (COLAs) fail to keep up with older Americans' expenses. A study by the Senior Citizen League found that COLAs have increased benefits by 55% since 2000. But during the same time frame, senior costs rose by 101.7%.

Even if lawmakers don't cut benefits, younger workers should expect their Social Security to cover a smaller portion of their retirement budgets than it did for their parents and grandparents. That makes it essential to start investing for retirement as early as possible.

If you're getting a late start, that doesn't mean your retirement plans are doomed. But you may want to consider working longer so you can collect the biggest benefit possible, while giving your investment earnings a few more years to compound.

It's a pretty safe bet that Social Security will be around for you in some form. But the less reliant you are on your benefits, the more comfortable your retirement will be.