The game developer will most likely start working on a "Stranger Things" title right away.

I think I know what the new Netflix subsidiary will be working on right away. Beyond that, let's think about how Netflix's buyout strategy is helping the company achieve its business goals.

What is Netflix buying?

Night School Studios is a fairly small but well-respected game developer. Founded by a former Telltale Studio developer, the company with 30 names on its payroll posted revenue of $5 million last year. Those figures are mere rounding errors in the far larger Netflix business, which employs more than 9,400 people and generated $25 billion of top-line sales in 2020.

The developer has four games to its name but is best known for its first title, the acclaimed supernatural thriller Oxenfree. The buyout is not expected to change Night School's plans to release a sequel to Oxenfree in 2022.

Moreover, the studio already has experience working with Netflix. In 2018, when Telltale Games landed the license to develop a video game based on Netflix hit Stranger Things, that studio brought in Night School to help with that project. The game never made it to store shelves as Telltale went out of business later that year.

This buyout looks like an effort to kick-start a new Stranger Things game. Oxenfree has been described as a video game version of some "spooky '80s teen movie," and Night School should already have the foundation of a workable Stranger Things title ready to go. This partnership is right in Night School's wheelhouse. 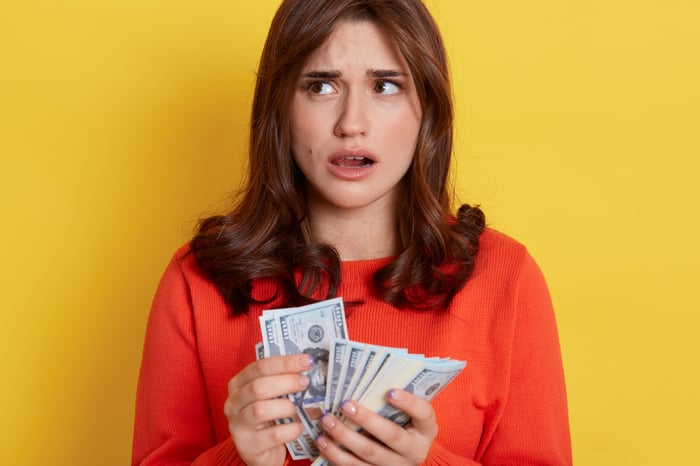 What did Night School cost?

The press materials didn't mention the size of Netflix's first video game investment, but it was probably another relative rounding error.

The company is not in the habit of spending billions of dollars on splashy buyouts. Instead, Netflix prefers to funnel a few million dollars into each buyout. The big spending comes later when the acquired talent is put to work on developing actual content.

The New Mexico production facility ABQ Studios was another $30 million up-front investment. The Millarworld deal was reportedly a $30 million investment and the StoryBots buyout should be in the same ballpark. Millarworld's and StoryBots' sales and employee counts were also similar to Night School's figures. According to the back of my napkin, these converging data points suggest that this acquisition might be worth something like $30 million to $50 million.

But the company has spent more than $200 million on shooting films and series at ABQ Studios, with a firm commitment to add at least another $1 billion to that budget over the next couple of years. The first Millarworld series, Jupiter's Legacy, also had a $200 million production budget.

I'm not saying that Netflix will hand a $200 million cash budget to Night School's Stranger Things development, but that game should certainly see much beefier funding than Oxenfree. And that's just the start of a permanent relationship, which could give Netflix's fledgling game service some quality content in a hurry.

Netflix has a long history of developing popular and well-loved content for the small screen. However, it remains to be seen whether that impressive track record will translate into comparable success for the upcoming gaming service, which will start out as a free add-on for subscribers to the video-streaming platform.

Night School is a low-risk investment with a solid creative history of its own and presumably a modest price tag. At the same time, the potential upside could be immense if this humble buyout helps Netflix become a major player in the video game industry in the long run. I love low-risk, high-reward investments even if the prospective payoff isn't guaranteed, and I can't wait to see how Netflix puts its first game development team to work.