Please ensure Javascript is enabled for purposes of website accessibility
Log In Help Join The Motley Fool
Free Article
Join Nearly 1 Million Premium Members And Get More In-Depth Stock Guidance and Research
By Will Healy – Oct 1, 2021 at 5:39AM

The semiconductor industry is not well known for its dividend stocks. Instead, it has traditionally attracted investors through price growth, with profits and cash flow often coming later. Many companies have kept that promise and an increasing number of well-established chip stocks offer meaningful payouts.

Chipmakers like Broadcom (AVGO 2.57%) and Texas Instruments (TI) (TXN -1.19%) have taken that idea one step further, and investors should pay more attention to the double-digit annual payout hikes they have offered shareholders. 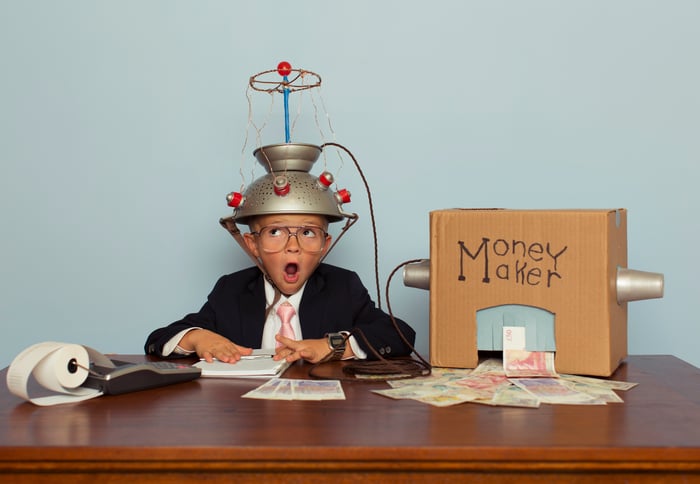 As a company selling chips primarily to other businesses, Broadcom is not as well known to consumers and retail investors. Nonetheless, it has fostered a competitive advantage behind the scenes, investing billions in research and development annually. Broadcom also employs thousands of engineers located near its most prominent clients.

This practice has fostered a collaborative relationship that has spawned products such as its industry-leading Wi-Fi 6E router. CEO Hock Tan said on the company's third-quarter 2021 earnings call that this product was leading a global transition to Wi-Fi 6. Moreover, Broadcom entered the infrastructure software business late in the last decade, and it has helped to boost the efficiency of its client's operations. That division has also fostered growth even in times when the chip sector is less prosperous.

Such successes help to fund massive gains in Broadcom's dividend. Its 11% payout hike last year to $14.40 per share annually was its smallest since it initiated its first payout of $0.07 per share in December 2010. Thanks to the subsequent dividend hikes and the approximate 1,800% gain in the stock price since that time, shareholders who have held the stock since that time now earn a return of more than 50% annually on the payout. Also, the 2.9% cash return for new shareholders is more than double the S&P 500 average of 1.3%.

Despite the generosity of this payout, Broadcom has funded the dividend well. The free cash flow of $9.9 billion in the first nine months of fiscal 2021 easily covered the $4.7 billion in dividend costs during that time.

The company's revenue and net income also back up that free cash flow. Broadcom earned $20 billion in revenue in the first nine months of 2021, a 15% increase compared with the same period in 2020. During that time, net income surged 220% to $4.5 billion amid the revenue increases, and a 14% reduction in operating expenses boosted the bottom line. Such increases bode well for an 11th annual increase in the payout.

Additionally, the 40% increase in the stock over the last 12 months brings growth as well as income. Such a stock price history and the dividend growth make Broadcom a dividend chip stock investors should not ignore. 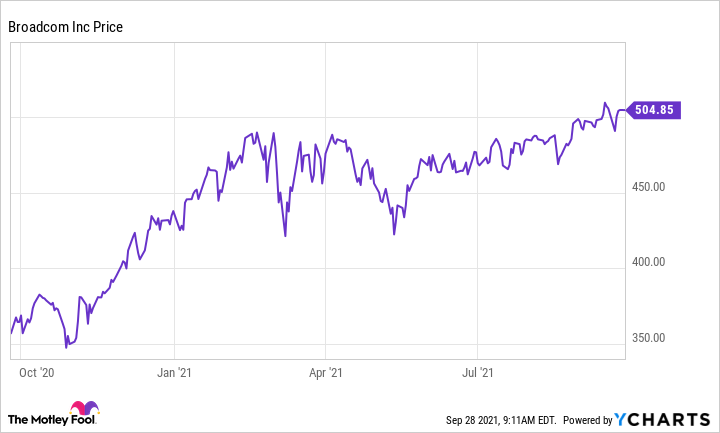 Like Broadcom, TI primarily serves businesses and receives less attention than its counterparts. Nonetheless, it has also quietly nurtured growth, serving over 100,000 customers with its 80,000 products. Its analog and embedded processing chips serve diverse markets such as industrial, automotive, communications, and personal electronics.

TI also stands out from other chipmakers by manufacturing its own chips. To this end, it owns foundries worldwide and increased its U.S. presence by expanding a foundry in Richardson, Texas and buying Micron's facility in Lehi, Utah.

This competitive advantage has allowed its dividend to rise for 17 consecutive years. The annual payout, now at $4.08 per share, yields about 2.3%. However, few chip stocks can rival the 26% compound annual growth rate of the dividend between 2004 and 2020. Also, the $6.5 billion in free cash flow over the last 12 months covered the $3.6 billion in dividend costs during that time.

Moreover, thanks to the chip shortage, the $8.9 billion in revenue earned in the first six months of 2021 represented a 35% increase from the same period in 2020. Net income also rose 44% during that time to $3.7 billion as the company kept the growth in operating costs negligible.

Given these numbers, one can understand how TI stock increased by nearly 45% over the last year, significantly adding to the total return. While TI faces no obligation to maintain the sizable dividend hikes that expand these gains, its financials and the rising stock price indicate the payout can continue increasing for the foreseeable future. 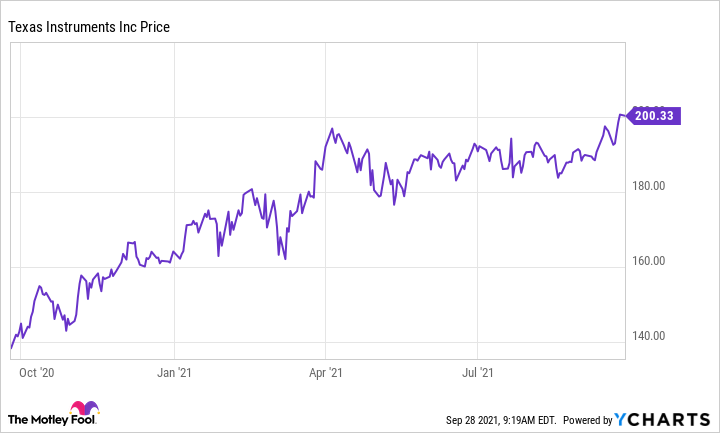 3 Bargain Stocks You Can Buy Today and Hold Forever
363%