Please ensure Javascript is enabled for purposes of website accessibility
Log In Help Join The Motley Fool
Free Article Join Over 1 Million Premium Members And Get More In-Depth Stock Guidance and Research
By Brett Schafer – Oct 1, 2021 at 5:52AM

This recent IPO is going after a huge market opportunity.

One of the hottest investment themes of 2021 has been the metaverse. Taken from the 1992 sci-fi novel Snow Crash by Neal Stephenson, the term refers to a convergence of the physical and digital world in a shared online space. Ambitious big-tech companies like Facebook are heavily investing in this theme, as many think of it as the next frontier of the internet. One company that has pioneered the building of digital worlds is Roblox (RBLX -0.75%). The company just went public this spring through a direct listing, giving investors of all sizes a chance to own a piece of this metaverse company.

Is now the time to buy Roblox stock? 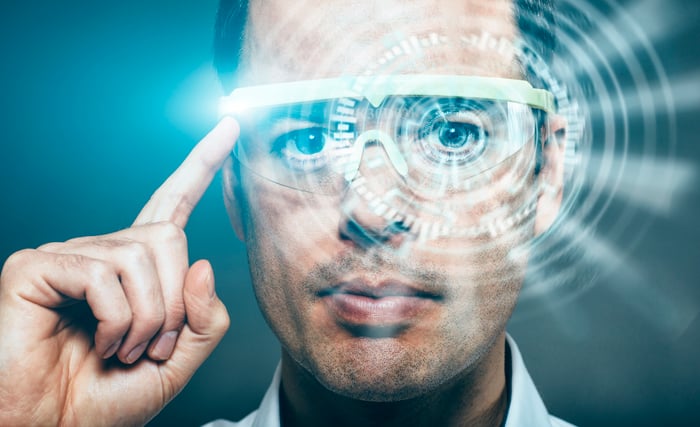 Roblox defines itself as a "human co-experience" company. In its simplest terms, it provides software tools so third-party developers can build their own video game and digital experiences through the Roblox Studio. It has millions of developers building games for the platform, but the company doesn't build the actual games itself. Roblox developers make money by taking a slice of a game developer's earnings.

The flow of fees between developers, players, and Roblox itself is managed through an in-game currency known as Robux, which can be exchanged for real-world money in several different ways. Roblox sends part of these fees to Apple and Google's mobile app stores and also spends a ton of money building out its own cloud infrastructure around the world. The company doesn't outsource to Amazon Web Services, Azure, or Google Cloud, but maintains its own data centers.

As you might expect from a company selling a virtual currency, Roblox has very strong profit margins. In the second quarter of this year, bookings (the revenue equivalent for video game companies) hit $665.5 million, up 35% year over year. What's impressive about this growth is that Roblox had a huge bump in growth in Q2 of last year, when bookings grew 229% from 2019 to $494.2 million. The growth this summer -- measuring up against the summer spike of 2020 -- shows that Roblox was not getting a temporary bump in usage because of COVID-19 lockdowns, even if they accelerated the platform's growth.

In Q2, Roblox had $191.2 million in cash flow from operations, giving the company a 28.7% margin when compared to net bookings, even though the company continues to reinvest for growth. At the end of Q2, Roblox had 1,234 employees, up from 751 last year, 77% belonging to engineers. This indicates that the company is spending heavily for future products and growth, which is important because of how large an opportunity it is going after.

With its latest monthly update for August, Roblox had 48.8 million daily active users and 4 billion hours engaged on the platform. Both metrics were up about 30% from 2020. This might seem large, but Roblox management has its eyes set on a much larger opportunity. With tens of thousands of experiences on Roblox and growing, at a large enough scale, the platform could eventually offer an appropriate experience/game for pretty much everyone. Management's long-term goal is to hit 1 billion DAUs and 1 billion user hours every day on Roblox. An audacious goal, but one that should make investors excited.

To do this, Roblox will need to convince older people to join (the majority of its current users are kids and teenagers), which it will do in a few ways. First, it is investing in better music and audio experiences. In July, it signed a deal with Sony Music to bring artists onto Roblox to perform concerts. It just launched a feature called Listening Parties with which artists can do exclusive launches for music and let fans interact in a virtual world. Second, Roblox is trying to bring brands on board to sell digital items. For example, it had an experience in May called Gucci Gardens, which got 20 million visitors (and a few high-margin purchases). Overall, the company will continually reinvest in its developer platform, which will hopefully enable the developers to build experiences older people will enjoy.

Right now, Roblox trades at a market cap of $46 billion. With close to $200 million in operating cash flow last quarter, which is likely to grow at a steady clip, it is not unreasonable to expect Roblox to hit $1 billion in annual cash flow sometime soon. That growth would give Roblox a price-to-operating-cash-flow ratio of 46. If Roblox can eventually get to 1 billion users, and if the metaverse is a realistic vision of the future, then this company could eventually be worth much more than $46 billion, making the stock a buy at these prices. But if you don't believe in those possibilities and you are uncertain about the company's growth goals, then it is probably best to stay away.