Investors may be mourning the pending death of cookies, but the devil's in the details.

Shares of The Trade Desk (TTD 4.97%) had a tough time this week. The digital advertising stock slumped as much as 10.1% this week, though shares ended down roughly 7.9% over the past seven days, with no apparent reason for the downturn.

There isn't any company-specific news driving this week's decline, at least not that we could find. Rather, it appears that general market malaise heading into the fall months could be a contributing factor. The broader market was also down over the past week, with the S&P 500 slipping 2.2% this week compared with the previous Friday's close. 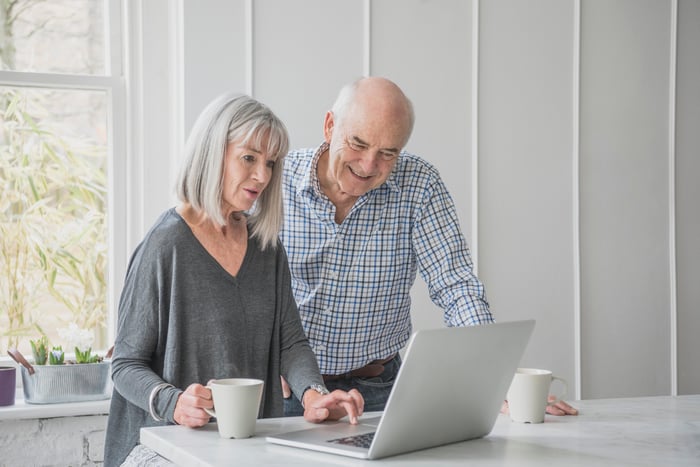 Investors are also probably still digesting plans by Alphabet's (GOOGL -0.55%) (GOOG -0.44%), Google to end support for ad-tracking cookies on its Chrome browser. Cookies are small bits of computer code that track specific users across the internet and are used extensively to serve up targeted advertising.

The company originally planned to kill off cookies earlier this year, but it recently pushed its deadline out and is now planning to phase them out by late 2023.

Based on comments by The Trade Desk's management, the demise of cookies is much ado about nothing. CEO Jeff Green addressed the issue earlier this year, after "fielding dozens of calls" about what the move means for The Trade Desk's future, but his response is telling. "The short answer? Not much has changed" Green said in a blog post. "But what has changed, will ultimately prove positive."

"Cookies only impact the browsing internet," he added (emphasis mine). "That's about 20% of data-driven ads today." The company is already fielding its own, more privacy-friendly alternative -- Unified ID 2.0, which a growing list of advertisers are adopting.

"Cookies don't matter much to the fastest-growing areas of the digital advertising ecosystem, such as CTV," or connected TV, Green said. When viewers log in to CTV platforms, they get not only customized viewing recommendations but also more meaningful ad targeting -- which doesn't rely on cookies.

This point illustrates that The Trade Desk still has a long runway of growth ahead.