Scorpion Capital is shooting some venom at a new target today.

"A colossal scam." According to a Scorpion Capital report released today, that's a fitting characterization of Ginkgo Bioworks Holdings (DNA -9.55%), a company specializing in synthetic biology. The company, which recently went public through a merger with a special purpose acquisition company, is a holding in Cathie Wood's ARK Innovation ETF, but even Wood's seal of approval isn't enough to stave off the bears' reaction to Scorpion Capital's criticism. 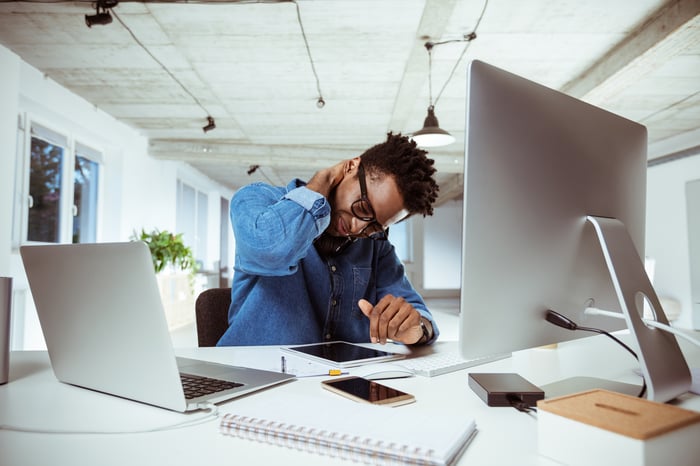 Scorpion Capital's cutting presentation of Ginkgo Bioworks is lengthy. In over 170 slides, Scorpion walks investors through an exhaustive review of the company, pleading the case that the company is tantamount to a grift. After conducting interviews with former employees "who indicated that they had been terminated for refusing to play along with the scheme, and who stated they knew of others pushed out for similar reasons" in addition to other investigative actions, Scorpion Capital surmises that the company is a "snake oil salesman" whose "business model is based on a dubious shell game."

With Scorpion Capital throwing a kitchen sink's worth of criticism at Ginkgo Bioworks, it's unsurprising that shares are plummeting today. Although the report may be fodder for the bears, it's critical that shareholders remember that Scorpion Capital, which maintains a short position in the stock, benefits from the stock's demise. Since it has a vested interest in seeing the stock tumble, therefore, shareholders who may be tempted to click the sell button should take a step back, taking Scorpion Capital's criticisms with a grain -- or heaping tablespoon -- of salt.

Investors will likely be closely following how Cathie Wood reacts to the report. Should she decide to close her position in the start-up, it may indicate that the critical report be taken more seriously.

Could Warren Buffett and Cathie Wood Agree on Buying This Growth Stock?