The electric truck start-up is struggling to convince investors that its prospects are still good.

Lordstown Motors' (RIDE) trucks might still be months away from hitting the roads, but the once-hot electric vehicle stock has shifted into reverse again: Shares have slumped by 34.8% so far in October after rallying by 21.3% in September, according to data provided by S&P Global Market Intelligence.

Lordstown Motors entered September on a strong note after the company announced the appointment of new CEO, Daniel Ninivaggi, in late August. Investors had high hopes that Ninivaggi would get things moving in the right direction again after Lordstown Motors' founder and chief financial officer left abruptly in June following an investigation into allegedly inflated preorder numbers for the Endurance pickup, and the company said it was running severely short of cash.

At the time, investors' hopes for a turnaround were fueled by management's plans to begin limited production of the Endurance in late September -- even as the company sought partners to lease space in its 6.2-million-square-foot manufacturing plant in Ohio to raise funds.

On Sept. 30, Lordstown Motors stock surged after Bloomberg reported the company was about to announce a deal to sell its assembly plant in Ohio to Taiwanese electronics giant Hon Hai Precision (HNHPF 1.45%), also known as Foxconn. That jump almost single-handedly accounted for Lordstown Motors' September rally.

However, the euphoria fizzled out quickly as details of the deal emerged. The automaker confirmed its $230 million plant sale to Foxconn, but the deal looks like a desperate attempt from Lordstown Motors to get whatever cash it can while it can. 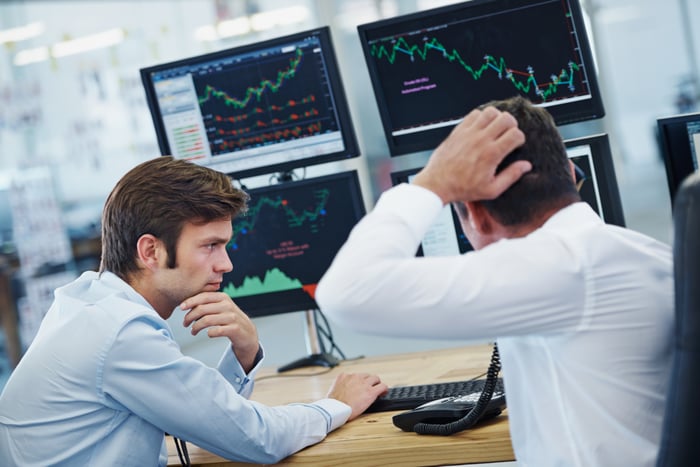 Not only will Foxconn take over production of the Endurance pickup as a contract manufacturer, it will also get the rights to Lordstown Motors' future vehicle programs. Moreover, Lordstown Motors will sell $50 million worth of stock at just under $6.90 per share to Foxconn as part of the deal, and said it will lease a portion of the Ohio facility back from Foxconn. Yes, you read that right: Lordstown Motors was expected to lease portions of its only plant to other manufacturers to secure steady streams of income. Instead, it will be the one taking space in the plant on a lease.

At a price of $230 million, this deal looks like a steal for Foxconn, but it leaves Lordstown Motors with little in hand.

As for the Endurance, Lordstown Motors now only expects limited production through the first half of 2022, and said it will provide updates in November. Earlier in August, the company said it expected to be able to start delivering the pickup trucks by early 2022.

There's another thing that concerns me: Lordstown Motors expects to incur higher expenditures on selling and administration as well as research and development this year, which means it will continue to burn cash.

Lordstown Motors is already losing ground to competitors. Ford, for example, is leaping ahead in the electric pickup truck race with its F-150 Lightning Pro. Then there's Rivian, which has filed for an initial public offering and has claims to have received more than 48,000 preorders for its trucks through September. Given the backdrop, I don't see any reason why anyone interested in investing in the electric vehicle industry would want to buy Lordstown Motors shares when there are other more promising stocks to play the coming EV boom.