The embattled electric pickup start-up is reportedly in talks with Foxconn for an important deal.

The cash-strapped EV start-up doesn't have enough money to build its only pickup, but it might be able to raise funds someday soon, and that development has investors excited.

On June 8, Lordstown filed an updated annual report which stated, among other things, that the company only had enough capital for "limited" production in 2021, and that the current cash and cash equivalents weren't "sufficient to fund commercial scale production and the launch" of its electric pickup, Endurance.

In other words, Lordstown knew it had to raise funds to be able to survive, and while the company postponed planned capital expenditures, it was also evaluating funding alternatives. 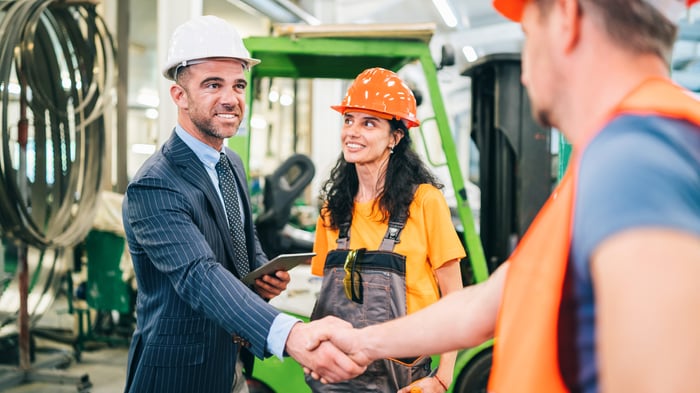 This morning, Bloomberg reported that Lordstown is in talks with Hon Hai Precision (HNHPF -0.16%), which is better-known as Foxconn, to sell its assembly plant in Ohio and could announce a deal anytime now.

The 640-acre manufacturing facility that Lordstown acquired in 2019 from General Motors is also the only property it owns right now.

In August, Lordstown lifted investor hopes when it announced the Ohio plant was ready for production, and that the company expected to start limited production of Endurance by end-September. At the same time, Lordstown also stated the Ohio facility's size meant there was enough space for other manufacturers to use parts of it under a lease partnership while leaving enough for Lordstown to build Endurance and future models in the coming years.

It's not clear yet how much area or what parts of the plant Lordstown plans to sell Foxconn, but the potential to monetize a facility that the company may not have been able to use at full capacity anytime in the near future sounds like a plan.

Foxconn, on its part, confirmed in August it was looking for an EV facility in the U.S. with plans to start it by 2023. Foxconn, best known as Apple's leading device manufacturing supplier, partnered with Fisker earlier this year to build electric vehicles.

Lordstown Motors has been in the news for all the wrong reasons in recent months, including investigations into allegedly inflated production and demand numbers for Endurance, the abrupt exit of its founder in June, and the cash crunch that raised questions about the company's survivability.

The appointment of a new CEO in August helped Lordstown Motors shares reverse course after a precipitous decline, and today's update about the company finally finding ways to raise much-need money is driving the stock even higher.