They're bargains now -- but their prices could multiply down the road.

The market slipped last month -- with the S&P 500 Index losing nearly 4.8%. And that means there are plenty of exciting buying opportunities out there for long-term investors. Why my focus on the long term? Because by sticking with these companies for years, you'll benefit from the strong revenue and profit prospects ahead.

Today, I'm looking at three healthcare names that declined in September. At the same time, all three are growing annual revenue -- and there are plenty of reasons to believe this will continue. Let's take a closer look at these stocks to buy in October. 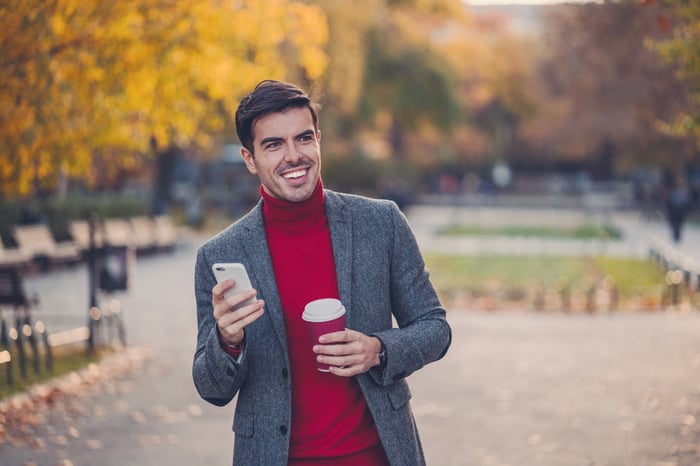 Vertex Pharmaceuticals (VRTX 0.19%) is the leading company in the cystic fibrosis (CF) treatment market. The company predicts that will continue until at least the late 2030s. Right now, there's one potential competitor that could unseat its star drug, Trikafta. But guess what? Vertex is the one developing that rival treatment candidate. So, it's fair to say Vertex's dominance is far from over.

This position has equaled strong revenue and profit. Both have generally climbed over the past five years. And cash has soared to more than $6 billion. 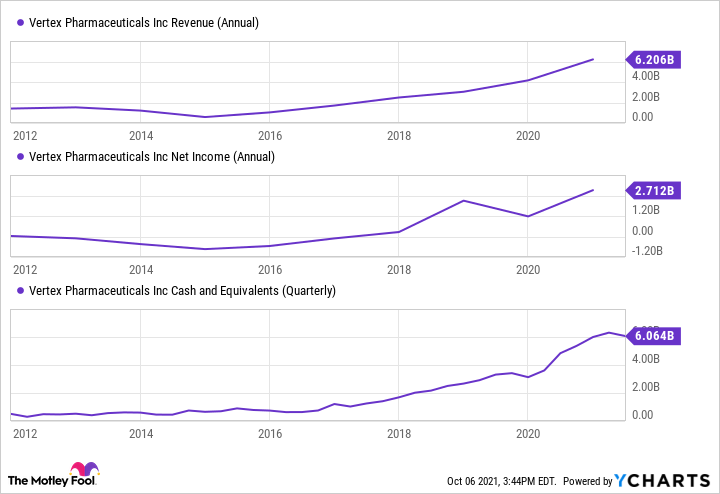 Some worry that Vertex depends too much on CF. The company has reported two failures in its alpha-1 antitrypsin deficiency (AATD) program. In fact, that's what spurred Vertex's stock market woes. The stock has dropped about 33% since the first AATD failure a year ago.

But Vertex may have another non-CF candidate close to commercialization. The company says it may be ready to ask for regulatory approval of its investigational gene-editing treatment for blood disorders in the coming 18 to 24 months. And Vertex's level of cash means the company could also consider buying a late-stage candidate at some point.

Vertex fell 9% over the past month and trades at only 14 times forward earnings estimates. That's down from more than 24 a year ago.

Teladoc Health (TDOC 0.69%) shares lost momentum this year after a spectacular 2020. Investors worried the provider of virtual medical visits would see business drop as patients returned to seeing doctors in person. But that hasn't happened.

In the second quarter, Teladoc's revenue climbed 109% year over year. It's important to remember that the year-earlier period was during the worst of the pandemic, when people relied on telehealth. So the fact that the company further increased revenue from that point indicates telehealth wasn't just a temporary trend. With those strong second-quarter results, Teladoc raised its annual revenue forecast. The company expects to generate at least $2 billion. That's up from expectations of at least $1.97 billion.

Teladoc isn't profitable yet. Investments such as last year's acquisition of Livongo resulted in higher expenses. But I expect that to pay off down the road. Livongo specializes in virtual management of chronic conditions. And Teladoc is already seeing gains in that area.

Teladoc shares have slipped 13% over the past month. And the performance prior to that wasn't exactly stellar. 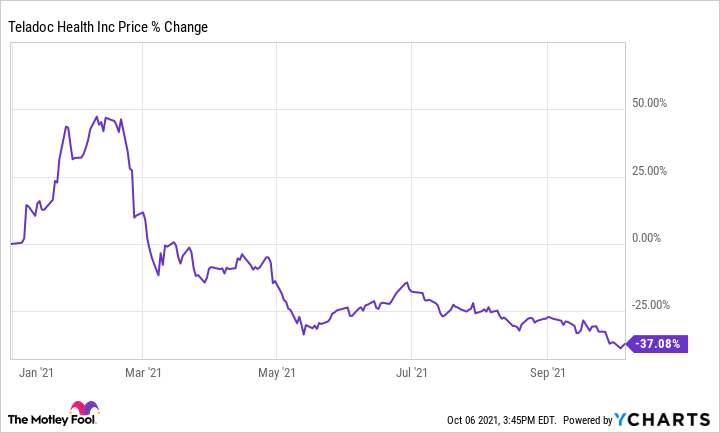 Teladoc stock may not recover overnight. But I expect investors to benefit over time as Teladoc shows its business truly is a long-term success story.

Intuitive Surgical (ISRG -0.82%) is the leader in robotic surgery. The company holds nearly 80% of the global market, according to BIS Research. Surgeons around the world use the company's da Vinci system to perform a variety of minimally invasive procedures in urology, gynecology, and many other areas.

Intuitive has installed more than 6,300 systems worldwide. But the company doesn't make money only from selling full systems. It actually generates most of its revenue by selling instruments and accessories. It also brings in revenue through the sales of its services.

Revenue and net income have been on the rise over the past five years -- with the exception of last year. 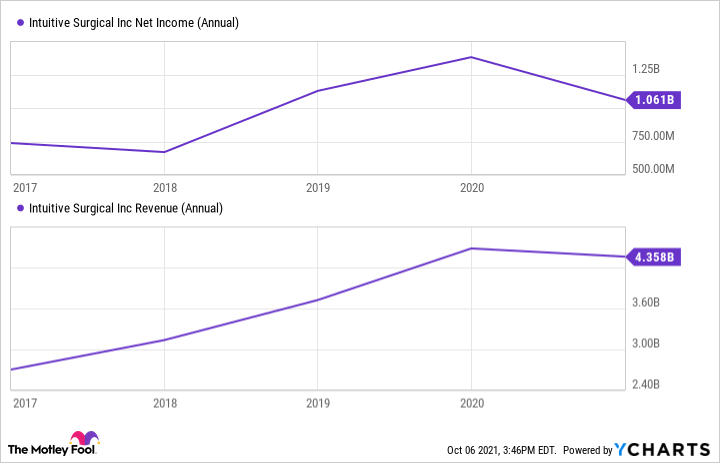 That's because many non-essential surgical procedures were postponed due to the pandemic. Intuitive has started to make up for that this year. In the second quarter, da Vinci procedures increased 68%. So, any slowdown last year clearly was temporary.

As for the share price, I have some great news for investors who don't have $1,000 or more to spend on a stock. The company recently did a three-for-one stock split. That brought the price to about $333. This is actually good news for everyone. It means the stock is more accessible to a wider audience -- and that could attract more investors.

But the price may not stay at that level for long. I expect solid earnings performance and market leadership to push this stock significantly higher over the long term.

Nasdaq Bear Market: 3 Remarkable Growth Stocks Down Over 90% That Can Double Your Money by 2025
376%