It's an exciting cryptocurrency token, but as an investment, it has its fair share of drawbacks.

The Amp (AMP -0.15%) cryptocurrency only launched in September 2020, but its tokens have appreciated by more than 430% since then. These tokens are unique in that they feature programmable agreements (aka smart contracts) that lock and release Amp as collateral for transactions made with other cryptocurrencies, such as Ethereum (ETH 3.04%).

It's a revolutionary idea. Cryptocurrency transactions can take minutes, hours, or days to settle during peak network activity. And no vendor wants to sell a cup of coffee and wait that long for certainty that the customer's payment has gone through.

Let's look at why Amp is one of the top cryptocurrencies to buy now. 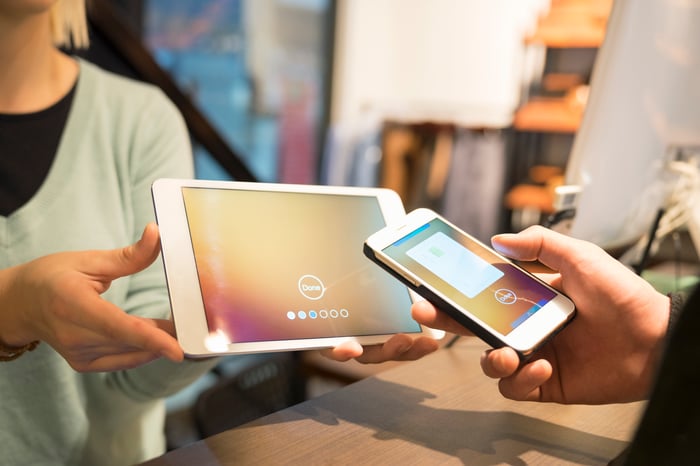 Amp was created by Flexa, which operates a payment solutions app of the same name. Consequently, Amp is now the cryptocurrency collateral of choice on the Flexa app. With $1.4 billion worth of spending capacity available for Flexa merchants and users, Amp has gained far more traction. Put simply, that means at any given time, a total of up $1.4 billion worth of transactions can be processed on the network, and the parties involved don't have to worry that they won't go through. The Amp tokens, as collateral, are guarantees against fraud, default, etc.

More than 41,000 retail locations across the U.S. and Canada use Flexa to facilitate digital payments. On the user end, anyone with a recognized digital wallet such as MetaMask or TrustWallet can use it to spend their digital currencies, as the wallet developers partnered with Flexa in bringing out the payment solution.

...But it's not without risks

First of all, the problem that Amp solves isn't necessarily a big one. All you need to send money on a blockchain peer-to-peer network is a digital wallet and the recipient's wallet address. Obviously, it can take days for transactions to settle when a network is overloaded, but all of them do eventually go through. If they didn't, there would be no way cryptocurrencies would trade at anything near their current market caps.

What Amp really does is give vendors the peace of mind that they don't have to wait for a cryptocurrency transaction to finalize before moving on to their next customer. But those solutions aren't new. One can already view pending transactions on Bitcoin Explorer and Etherscan long before they settle.

Secondly, the reward earned for depositing one's Amp into the collateral pool isn't magnificent. The interest rate stands at 2% a year, which is pretty low in cryptocurrency realms.

Luckily, Amp isn't at a dead end, and the token is a work in progress. It isn't tied to Flexa per se. And it could expand its utility to collateralize trades on decentralized exchanges. Investors with a high risk tolerance might consider opening a small position as a bet on its ability to advance.

Why Amp's Cryptocurrency Is Soaring Today