These are two no-brainer stocks to invest in this month.

No matter what the market does in the short term, it's always a good time to invest for the long haul. When you only buy shares of excellent companies and hold them throughout the ups and downs of the market, you can enjoy more enhanced returns over a period of years because you didn't panic-sell during a bumpy few weeks or months.

Today, we're going to take a look at two very different companies: a fast-growing marijuana stock and a well-known consumer goods company. Not only have both stocks kept delivering optimal returns throughout the market craziness of the past 18 months, but behind them are companies can continue to deliver for years to come. 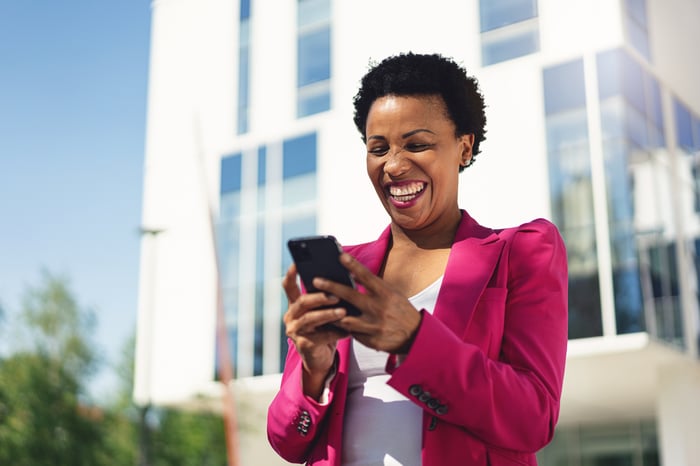 Jushi Holdings (JUSHF -2.63%) might not be as well known as some other pot stocks, but this fast-growing player in the U.S. cannabis space deserves attention if you're a long-term investor searching for a company in the earlier stages of its growth story.

The stock has seen shares rise by close to 70% over the past couple of years. Yet it still trades at a remarkably low forward price-to-earnings (P/E) ratio of right around 20. If you compare this to another well-known pot stock like Green Thumb Industries, you'll see it's trading at a far higher 37 times expected earnings.

Jushi Holdings owns a robust collection of cannabis brands that sell a diverse variety of items ranging from medical marijuana products to vape concentrates to hemp-based CBD products like softgels and lotion. The company also owns a rapidly expanding group of dispensaries around the country in major cannabis markets such as Pennsylvania, a state where it has 15 store locations open and counting, as well as in other booming markets like California, Massachusetts, and Illinois.

The company is being highly strategic in its efforts to expand its nationwide presence by opening new locations of its branded Beyond/Hello dispensaries, as well as through acquisitions in key markets. Its most recent acquisition is an operating dispensary in Nevada that will allow Jushi to become vertically integrated in yet another state, its fourth so far. Nevada is one of the largest cannabis markets in the country, and with legislation that allows for both medical and recreational use, the market opportunity in the state is immense. In fiscal 2021, legal cannabis sales in Nevada surpassed an incredible $1 billion, according to Statista.

All of this should translate to continued substantial growth for Jushi Holdings, which reported that its revenue increased 220% year over year in the second quarter of 2021. This is a great bargain stock you can scoop up now and watch the returns flow in for years.

Switching to a completely different industry, the next stock on the list is well-known paint and coating manufacturing company Sherwin-Williams (SHW -0.12%). While this may not be the most exciting of stocks to invest in, the impressive top- and bottom-line growth the company has produced over the years, along with its impressive dividend history, should be of particular interest to long-term buy-and-hold investors.

First, let's take a look at the company's dividend. Yielding about 0.8% at the time of this writing, it's admittedly not as high as that the average stock trading on the S&P 500, which yields about 1.3%. However, Sherwin-Williams has a storied history of raising its dividend year after year.

Not only is it a member of the Dividend Aristocrats list, but with more than four decades of consecutive increases to its name, it's just a handful of years away from being crowned a Dividend King. In addition, the company has raised its dividend by about 352% over the past 10 years alone.

In the most recent quarter, Sherwin-Williams reported that consolidated net sales rose 17% year over year, while its pre-tax net income rose about 10% from the year-ago quarter. Sherwin-Williams has increased its annual revenue by 110% and annual net income by 360% over the past decade.

This isn't a get-rich-quick kind of stock, but it's a fantastic choice for investors searching for a high-quality company to lend stability and dividends to their portfolio over the long term.