Resilient stocks hold up well during a recession, and these three stocks will continue performing in an economic downturn.

With rising inflation, growing government debt, and concerns about how the Federal Reserve will keep the economy afloat, fears of a recession and a bear market are ever-present.

Time in the market, however, has always been better than trying to time the market. Owning resilient and safe stocks that will continue succeeding, even in a bear market, is a great option for investors who need help managing bear-market concerns.

Here are three stocks that are unlikely to be hurt much during a recession. Consider adding them to your watch list or buy them now in anticipation of the next bear market. 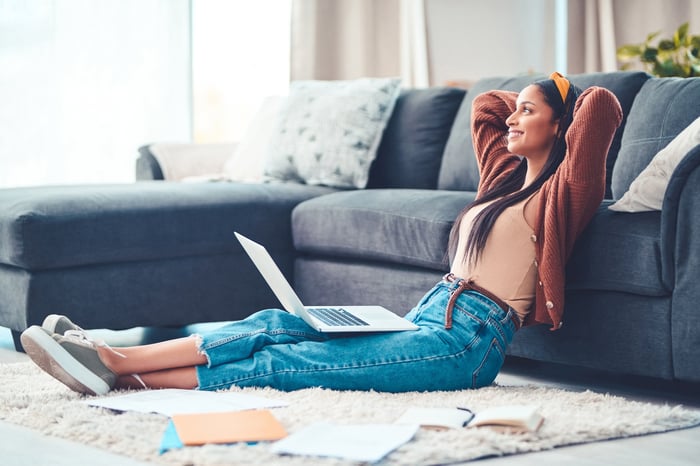 Most investors likely know Waste Management (WM 0.07%) from seeing their green and yellow trucks moving through neighborhoods picking up trash and recyclables. But the company does more than just pick up trash. It also sorts, transfers, stores, and recycles what it picks up from a large portion of the U.S. and Canada. Its business model allows it to control everything in-house, from pickup to recycling, and it gives the company four diversified revenue streams.

About 41% of Waste Management's revenue comes from commercial sources. The fact that the company reported only a 10% year-over-year drop in overall revenue in 2020's second quarter despite so many businesses being closed temporarily to deal with pandemic-related shutdowns is a testament to the company's management and the resilient nature of its business.

It's this dominant market share and resilience in tough times that suggests investors should be confident a bear market won't trash this company's financials or its stock performance.

Another stock well known to most investors is Walt Disney (DIS -0.15%). What investors might not know about is its five diverse business segments -- media networks, parks and resorts, studio entertainment, consumer products, and interactive media -- help it make money even if one or two segments underperform. These diverse income sources mean Disney is less reliant on revenue from one source (like its well-known parks and resorts) when economic adversities (like a pandemic) hit.

The company's newest venture, the Disney+ streaming service, came along at just the right time to generate much-needed revenue and excitement about the company during the worst of the pandemic. Disney+ was launched in November of 2019 and already has more than 116 million paid subscribers -- just over half of Netflix's (NFLX -1.12%) 209 million subscriber count -- despite being available for just two years compared to Netflix's 14 years. The surprisingly strong popularity of Disney+ has actually convinced management to adjust some operations in its other business segments to take advantage.

Disney's family of brands are among the most popular in the world today and include film studios like Pixar, LucasFilms, and Marvel and popular TV and cable networks like ABC, ESPN, and NatGeo. Consequently, Disney has a huge pool of intellectual property to draw from when producing new content or marketing new products. The company's proven ability to innovate gives me the confidence it will continue to dominate the entertainment space for many years to come, regardless of the wider economy.

This company is not as well known as Disney or Waste Management, but Trupanion (TRUP 5.00%) might be more resilient financially than either of them. Trupanion offers pet insurance directly to consumers for a monthly fee. The policy has no payout limit and remains in effect for the life of the pet -- two benefits that are unique to Trupanion. While competitors might raise prices as a pet ages or deny certain payouts because of obscure hereditary conditions, Trupanion provides life-long coverage regardless of age or medical issues a pet may develop. This superior service has helped the company maintain an annual churn rate of less than 1.3%.

As pets become an increasingly important part of a family's life, pet owners have been willing to pay more for the health of their pets. The pet insurance industry has grown at a six-year compound annual growth rate of 23%, and this is showing no signs of slowing down. While Trupanion is facing more competition from insurers like Lemonade (LMND 1.88%) entering the space, the company has maintained its position as the industry leader, taking 26% market share in 2020. Its position in a fast-growing industry resulted in an amazingly strong performance, even during the pandemic. In the second quarter of 2021, Trupanion extended its record of consecutive quarters with at least 20% revenue growth to 55 (its compound annual growth rate from 2015 to 2020 was 27.8%).

Steady and strong performance, even in a recession, is a prime example of resiliency. The company has not only survived but has continued to grow and is now the market leader in the pet insurance space. Keep this company on your radar, even if a bear market does arrive.