So what exactly is happening here? Companhia Brasileira de Distribuição (CBD) operates a lot of stores -- nearly 900 of various kinds and sizes. It plans to cede operational control of 71 Extra Hiper-branded stores -- 17 of which it owns and the rest of which it only leases -- to rival Assaí. 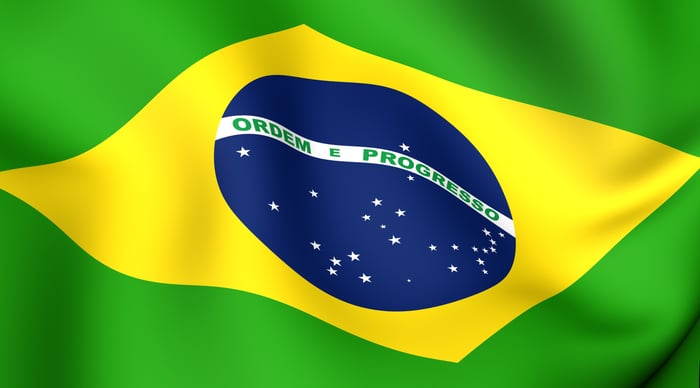 In exchange for this cession, Assaí will pay to CBD up to 5.2 billion Brazilian reais ($955.3 million).

The full sum won't be paid all at once, but the bulk of it -- 4 billion reais -- will be paid in installments from December 2021 through January 2024. The remaining 1.2 billion reais will be paid to CBD by "a real estate investment fund ... in which Assaí is an intervening and guaranteeing party," and this sum will be in payment for the 17 Extra Hiper stores that CBD actually owns and its selling.

Suffice it to say that however the monies are paid, $955 million and change is a lot of cash for a company like CBD, which currently has a market capitalization of only $1.2 billion. And based on data from S&P Global Market Intelligence, it appears that even after ceding control of the 71 Extra Hiper stores, CBD will retain operation of more than 600 stores, 74 gas stations, and 103 drugstores in 15 Brazilian states and the Federal District, "as well as 15 distribution centers and warehouses across Brazil."

In short, CBD is selling off about 8% of its retail locations, and getting paid 80% of its market capitalization in compensation. That sounds like a pretty good deal to me.