On Aug. 1, Square (NYSE:SQ) announced the acquisition of leading buy now, pay later (BNPL) innovator Afterpay. The deal was immediately viewed as a positive by Wall Street, as the stock prices of both fintech pioneers jumped on the news. But while many investors are worried about the $29 billion price tag (at the time of the announcement), I think the move makes a lot of sense for Square from a strategic perspective.

In fact, Afterpay has the ability to make Square even more unstoppable going forward. 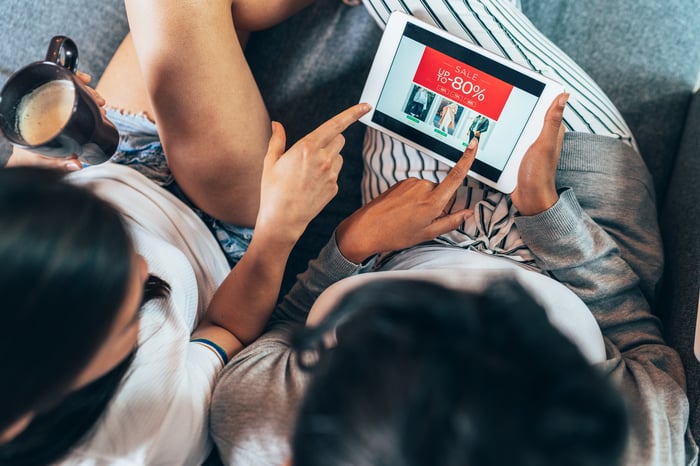 Afterpay's shareholders will receive 0.375 shares of Square stock for every one they own of the BNPL company. Square can also choose to pay 1% of the purchase price with cash. That's not cheap, and Square shareholders can make the valid argument that the leadership team should have chosen to develop BNPL functionality internally to serve its already huge user base of tens of millions of consumers and merchants. This is the route PayPal took before deciding to buy Japanese BNPL firm Paidy for $2.9 billion.

But Afterpay immediately brings 16.2 million active individual accounts and nearly 100,000 merchants onto Square's platform. Afterpay's gross merchant volume (GMV) and revenue soared 114% and 100%, respectively, over its fiscal 2021 (which ended June 30). And its users become increasingly more active over time, transacting almost 30 times per year for those who have been customers for four or more years. By buying the Australian fintech, Square is getting a massive head start in a rapidly growing and popular market.

The transaction is expected to close in the first quarter of calendar 2022. And for investors, concentrating on the strategic rationale, which I will discuss, should be the main focus.

In an investor presentation last December, Square's management outlined a total addressable market (TAM) of $100 billion for its Seller ecosystem and $60 billion for Cash App. Trailing-12-month sales of $15.9 billion leave a lot of room left for attacking this revenue opportunity. With Afterpay now in its toolbox, Square's TAM has certainly expanded. The market for global payments is estimated to be approximately $10 trillion, with BNPL representing just 2% of the total today.

Consider that more than 85% of Square's Seller gross payment volume (GPV) comes from the U.S., while Afterpay generates greater than half of its GMV outside the U.S., with a huge chunk, unsurprisingly, coming from Australia (its home country). Complementing Square even more is the fact that 85% of Afterpay's transaction volume occurs online, while the San Francisco fintech produces roughly 45% of GPV in person. It's clear that Afterpay's international and e-commerce focus boosts Square's domestic and in-store push.

Founder and CEO Jack Dorsey and his team pursued the deal to round out Square's already impressive suite of financial-services offerings. Integrating Afterpay's user base with the Seller and Cash App ecosystems would be a seamless transition. Consumers who are averse to credit checks and interest payments can turn to Afterpay's solution as a legitimate shopping tool to discover and find their favorite brands. They want flexibility and transparency, while merchants appreciate higher conversion rates and basket sizes. For Square Sellers, adding this capability can help grow their own businesses and increase potential revenue. And for Cash App customers, the BNPL checkout option bolsters a wide array of existing features like sending money to others, direct deposit, and buying stocks and Bitcoin.

The overarching objective is to gain additional users and drive higher levels of engagement, and Afterpay will bring just that to Square's burgeoning platform. The rest of the fintech space should take notice if they haven't already -- Square is a force to be reckoned with.