Investors will be laser-focused on Pinterest's monthly-active-user trends when it reports Q3 earnings.

Image-based social media company Pinterest (PINS -3.07%) is expected to report third-quarter earnings on Oct. 27. The company has fallen out of favor with the market after reporting a surprising fall in monthly active users (MAU) in its fiscal second quarter.

Pinterest gained a surge of new users and engagement on its platform at the onset of the pandemic, but that reversed in Q2 as economies reopened worldwide. The trend in MAU will be the primary concern of investors heading into third-quarter results. 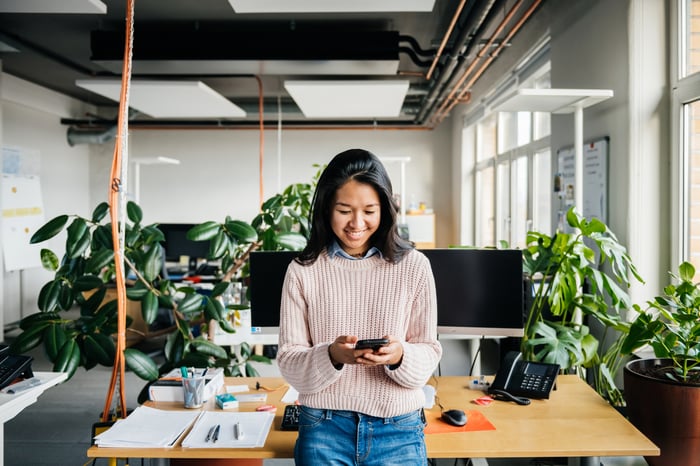 Before last quarter, Pinterest was on a streak of adding monthly active users for 11 consecutive quarters, reaching a plateau of 478 million in fiscal Q1 of this year before shedding 24 million in Q2. Pinterest attributed the losses to consumers getting out of the house and spending less time on home computers as economies emerged from various stages of lockdown.

Nearly 7 billion doses of vaccines against COVID-19 have been administered worldwide, and thankfully they're having the desired effect of reducing the number of people getting severely ill. That has given governments around the globe the confidence to open up more facets of their economies. If that was a primary cause of Pinterest's MAU losses in Q2, the drop likely continued into Q3.

Additionally, it will be interesting to observe if management mentions any benefits to Pinterest from Facebook's troubles. Facebook is facing public backlash about the negative effects its platforms have on teenage girls. When Facebook faced public outrage about a different issue last year, Pinterest noted it experienced a boost in ad revenue.

Pinterest's stock price could be tied to MAU trends

Analysts on Wall Street expect Pinterest to report revenue of $631 million and earnings per share of $0.23 in Q3, which would be increases of 42.7% and 76.9%, respectively, from the same quarter last year. As impressive as those growth figures would be, the company's stock price could fall even if it hits those targets.

That's because investors will be focused primarily on the trend in MAU, which can affect the company's long-term earning potential. And changes in variables that affect long-term results are weighted more heavily than one-time items like an individual quarter's revenue or earnings per share. Investors shall soon see.