Facebook's difficulty in managing content on its site could draw advertisers away from the giant.

In a recent series of high-profile articles, The Wall Street Journal highlighted the difficulties Facebook (META 2.53%) has in monitoring harmful content on its platform. The revelation is little surprise to those who use the company's services regularly. Facebook has nearly 3 billion daily active users across its family of apps. The quantity of content those users post on an average day or week is an almost unfathomable challenge to monitor.

What does this mean for investors? The negative publicity surrounding Facebook could cause advertisers to move spending to other platforms with less toxicity. Popular household brands are wary of their products or images being displayed next to potentially damaging content. Pinterest (PINS -2.81%) is one company that could benefit from Facebook's troubles. 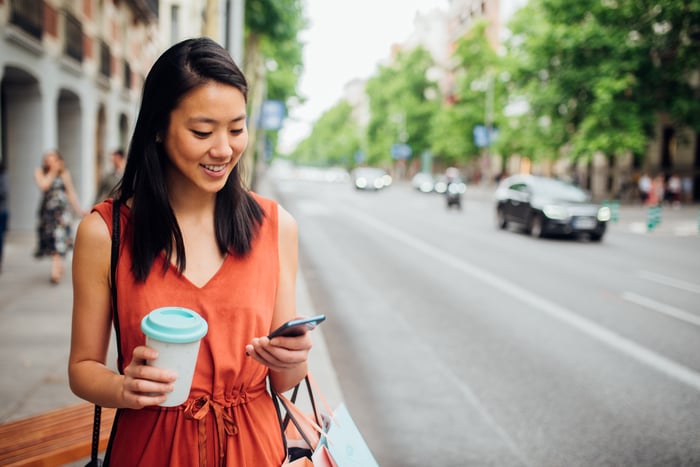 Facebook's inability to monitor its content effectively and fairly is a continuing risk. This is not the first time it has found itself in controversy over its policies. Major corporations participated in a boycott of Facebook last year out of concerns about the spread of hate speech on the platform.

As it turns out, Pinterest experienced a tailwind in advertising spending during the time of the Facebook boycott. Pinterest is where people go when they are looking for inspirational content and new ideas. That's in stark contrast to Facebook, which is frequently a battleground.

So what could Facebook do? One way to address the problem might be to ramp up staff to review posts. It certainly has high enough profit margins to absorb this increased cost. Over the past decade, its average earnings before interest and tax (EBIT) margin was 39%. However, this strategy would entail substantial monetary investment -- something the company may be reluctant to do.

Where does Pinterest's stock stand?

If Pinterest attracts advertisers amid the negative publicity about Facebook, it would come at an opportune time. Unlike Facebook, Pinterest is still not profitable on an EBIT basis -- and its stock is struggling after the company reported a quarter-over-quarter loss in monthly active users. As economies reopen and people spend more time outside, they are browsing less on Pinterest.

The other side of the coin is that as economies reopen, advertisers are ramping up spending. In its most recent quarter, Pinterest reported a 125% increase in revenue -- and management estimates it will grow around 40% in the current quarter. That forecast was before the latest revelations about Facebook. 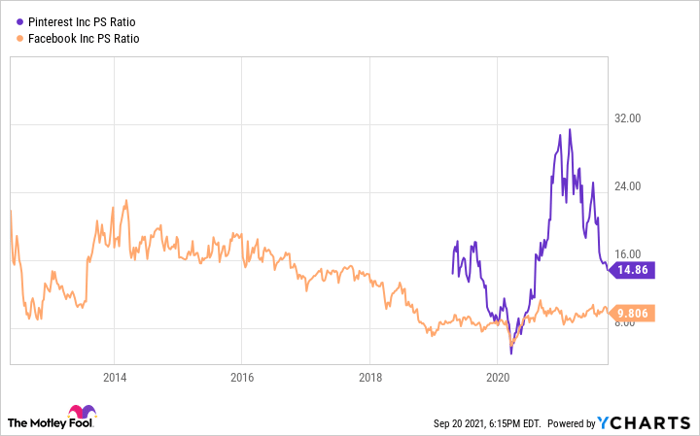 The difference in stages of growth between the two companies can be observed by different average revenue per user (ARPU). Facebook's ARPU was $10.12 in its most recent quarter while Pinterest is far behind at $1.32. Pinterest is still in the early stages of monetizing its international users and is adding features to make its site more attractive to marketers.

For those reasons, investors looking for a stock that could benefit from Facebook's troubles can add Pinterest to their list.