Cosmos (CRYPTO:ATOM) recently announced the launch of a new blockchain network, and its ATOM cryptocurrency token is climbing as a result. ATOM was up roughly 6.1% over the previous 24 hours as of 4:45 p.m. EDT.

The Cosmos team announced on Oct. 19 that it would be launching a new blockchain dubbed Sagan. The new blockchain network, which is named after astronomer Carl Sagan, will be used for application testing and experimentation. 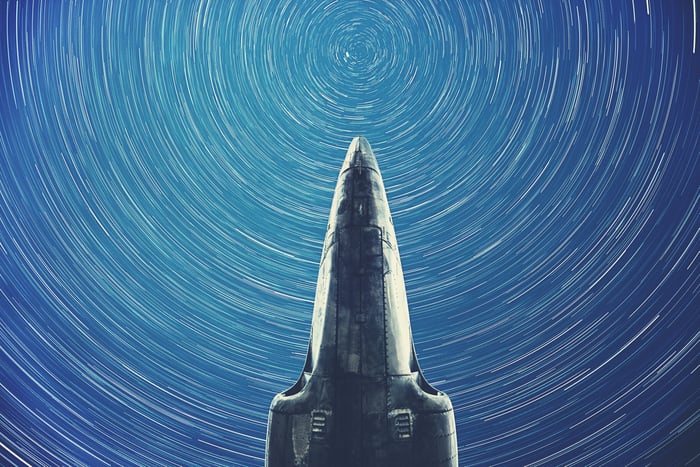 Cosmos didn't share much information about Sagan. The new blockchain network was teased at the end of a conference held by the team, and investors and developers are still largely in the dark about the specifics. While not much is known about the upcoming blockchain, its announcement points to a new use case for Cosmos' ATOM token.

Cosmos' current core service revolves around allowing users and developers to exchange and integrate data across decentralized blockchains, and the ATOM token is to pay the cost of these applications and activities and maintain the network. Sagan's debut teaser suggested that the team's new blockchain will be used as a testing ground for features and applications, and ATOM could play a similar role on the new network.

The crypto market has boomed this year amid rising interest in blockchain-based applications and services. Rising concerns about inflation and volatility in equities markets have also prompted investment dollars to pour into the cryptocurrency space, and Cosmos and its ATOM token have benefited from this variety of tailwinds.

If blockchain applications continue to gain significant traction, Cosmos' ability to let users share data across networks and test applications could help power more demand for the ATOM token. However, keep in mind that the crypto market tends to be volatile, and ATOM remains a high-risk investment.