Smile Direct Club (NASDAQ:SDC) has a very high short interest -- 37% of its public float is sold short. And a lot of bears are shorting Accelerate Diagnostics (NASDAQ:AXDX) as well -- 21% of its float is being shorted. Shorting stocks is a dangerous game to play. Normally when you purchase stock, the money you invest grows as that stock price increases and as the price decreases you start to lose money. If the business fails completely, you can only lose your initial investment.

Shorting means betting on the company's downfall to win big. But since the market counts on stocks to improve overall, the math is against you. While shorting a stock, you are going into debt via the shares you are borrowing from the brokerage. You're going to have to pay them back. And that brokerage can (and will) seize your shares if the stock starts going in the wrong direction. You either have to add more money or exit the position. That's called a short squeeze.

The higher the short interest, the more likely a squeeze will happen. Will a short squeeze happen with SmileDirectClub or Accelerate Diagnostics? No one can be sure, but shorting these companies is a bad idea. Here's why. 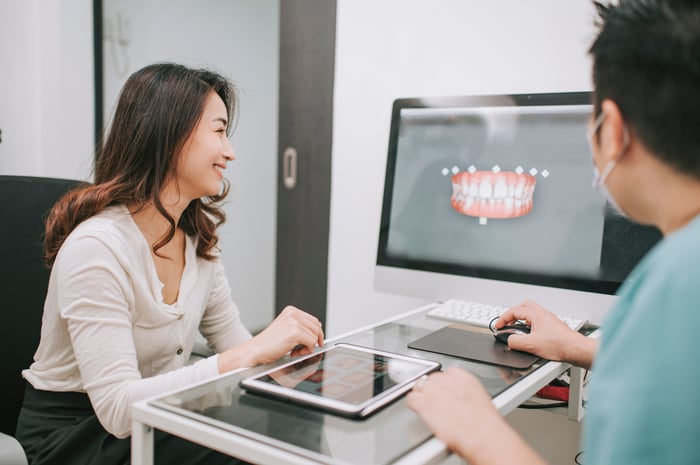 1. Are you negative on SmileDirectClub?

It's easy to see the negatives on SmileDirectClub. The company isn't profitable yet. It's trying to sell clear aligners directly to the public for orthodontic care. This business model created a wave of negativity about the company from industry players who want to protect orthodontists (and their margins). The stock has dropped below its IPO price, and it has yet to recover. 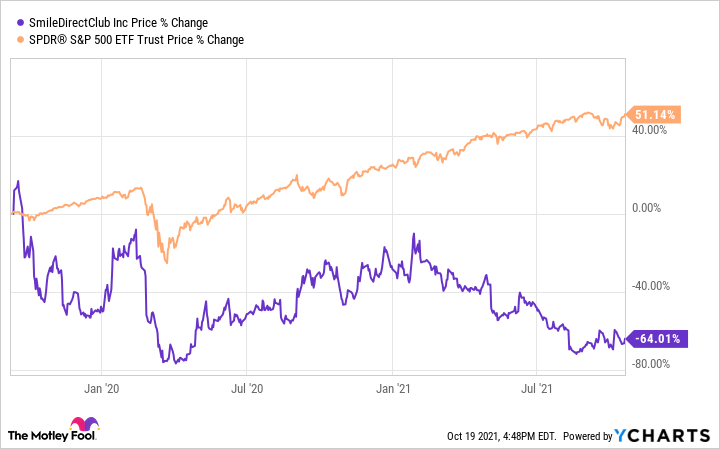 Nonetheless, this is a dangerous short play. One of SmileDirectClub's many competitors, Byte, was acquired by Dentsply Sirona (NASDAQ:XRAY) for $1 billion in cash. While you can see this acquisition as a negative for SmileDirectClub (one of their competitors now has much deeper pockets), it might pay to be an optimist about it. Maybe this acquisition validates the business model. Would a company pay $1 billion for a business that's doomed to fail?

This acquisition not only validates the business plan but also puts a price tag on it. If Dentsply Sirona is willing to pay $1 billion for a small copycat in this nascent business, how much is the original version (with a far more powerful brand and mindshare) worth? SmileDirectClub has about 14 times the amount of employees Byte had which could likely place the company at a $14 billion valuation solely based on this fact. This is much higher than its current market cap of $2.1 billion.

SmileDirectClub has gotten flack but revenues have decreased less than 6% year-to-date and have also grown 55% over the past three years. And as of Q2 2021, the company still reported significant revenue of $727 million for the period. According to research, the teledentistry market is expected to grow to $2.6 billion by 2027 leaving plenty of opportunities for the company to turn things around. Shorting this stock could end terribly.

2. Your Accelerate Diagnostics short might be a huge mistake

Accelerate Diagnostics is a med-tech company with a vast market opportunity. The company is fighting against sepsis, one of the leading causes of death. Sepsis is what happens when a person is infected with a microbe, and their immune system goes haywire fighting the disease. One out of three people who die in a hospital die from sepsis.

The key to fighting this disease is to identify and stop the infection as soon as possible. But that's the problem. Right now, doctors have to send samples off to a lab and wait for the results. It can take days to find out what the infection is and what antibiotics are required.

Accelerate's medical device, the Pheno, automates the analysis so that it can be done in a machine at the hospital. With its device, organism identification (ID) and antibiotic susceptibility testing (AST) can be done eight to 12 hours after a blood culture is taken. That's a huge improvement over existing methods, which take 35 to 72 hours. 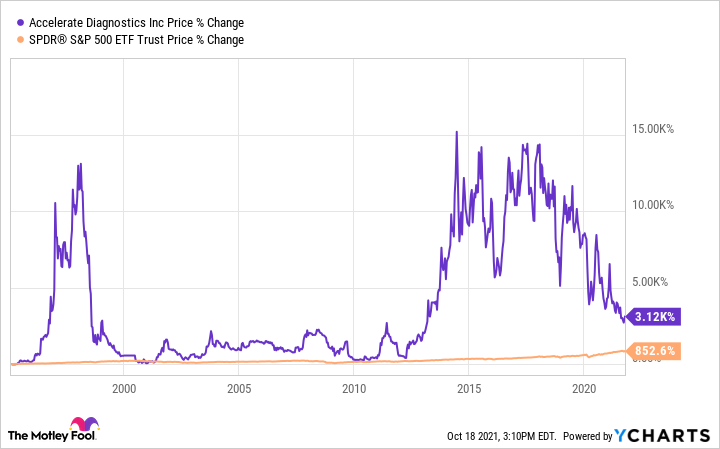 Many years ago, Accelerate Diagnostics started off as a micro-cap stock. Then it had a few big runs. Over the last few years, the stock chart has been ugly. And now the shorts have piled high. Why?

The Pheno was cleared by the Food and Drug Administration (FDA) in 2017. That pretty much coincides with the market high for the stock. Over the last four years, the share price has dropped as the process of selling and placing the device in hospitals has been sluggish. After roughly four years, Accelerate has placed 197 revenue-generating devices in hospitals across the U.S. And it has another 239 devices in the process of being implemented in additional hospitals.

Yes, in the short-term revenue has decreased 10% year-to-date but revenue has improved nearly 100% over the past three years. Also, analysts expect sales to increase by 90% next year and places overall growth estimates at 30% annually for the next five years. This is likely growth you shouldn't be betting against.

Lastly, the new CEO Jack Phillips just took the helm last year. Phillips was the president and CEO of Roche Diagnostics North America, the world leader of in-vitro diagnostics. Roche (OTC:RHHBY) is one of the largest healthcare companies in the world, a $331 billion behemoth. You don't leave that job for a CEO gig at a tiny company (Accelerate's market cap is $431 million) unless you see a huge opportunity here. If and when sales start accelerating -- COVID-19 has disrupted the sales projections -- the shorts are going to feel a major squeeze.